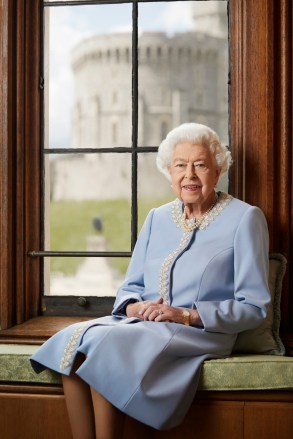 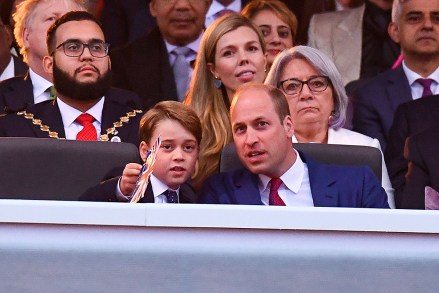 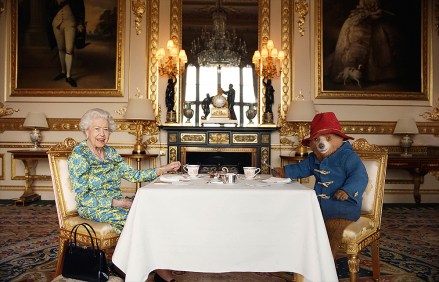 The adorable Prince George seemed to have a blast at the Platinum Jubilee concert on June 4! During Sir Rod Stewart‘s rendition of Neil Diamond‘s classic hit “Sweet Caroline,” the 8-year-old was seen mouthing along to the words as he enthusiastically waved around a United Kingdom flag.

Prince George singing along to Sweet Caroline with his dad and waving his flag, a British classic 😍👑#PlatinimJubilee #PlatinumPartyAtThePalace pic.twitter.com/fuC0AeouQ4

The eldest child of Prince William and Kate Middleton, he also seemed to be on his best behavior while he sat next to his father in a similar jacket and tie. Earlier that day, the father and son duo were seen both wearing navy blue suits while they walked Cardiff Castle. The lookalike pair were accompanied by George’s mother Kate and his younger sister, 7-year-old Princess Charlotte. 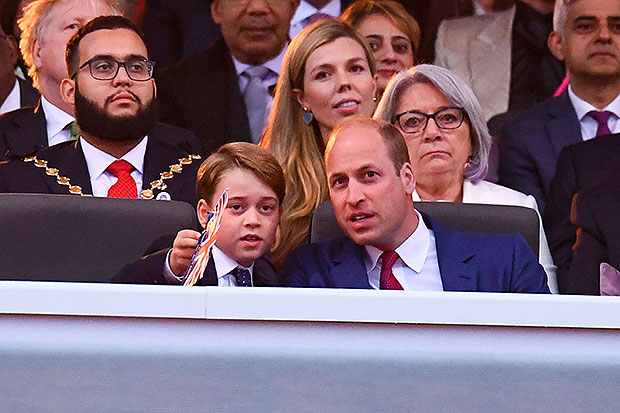 Prince George and Prince William at the Platinum Jubilee on June 4, 2022 (James Veysey/Shutterstock)

The Platinum Jubilee awards were a massive four day gathering honoring the reign of George’s great grandmother, Queen Elizabeth, who has been serving as England’s monarch for a record breaking 70 years. The star studded concert was set to be the last event of the anniversary celebration, and took place at the legendary Buckingham Palace. Memorable appearances of the night included performances from immensely talented artists such as Diana Ross,

Halle Berry to Margot Robbie, These Are the Best SAG Awards Red Carpet Looks of All-Time

Joe Biden Claps Back At Elon Musk’s Economy Comments: ‘Lots Of Luck On His Trip To The Moon’