Pete Davidson Jokes About His Success With Women Amid Kim Kardashian Romance: I’m ‘A Steal’

Pete Davidson made a hilarious joke about his appeal with women during a recent stand-up appearance, hinting at his recent romance with Kim Kardashian.

Funny man Pete Davidson made a joke recently about his strange luck with beautiful, high-profile women, theorizing about why he’s become so desirable. “There seems to be a curiosity about me, is what my friends tell me,” the Saturday Night Live star, 28, said during a stand-up set at the 9th Annual Patrice O’Neal Comedy Benefit Concert at New York City Center in NYC on Jan. 18. “I was trying to figure out how to explain myself to someone because I was doing an interview.”

The New York native went on to compare himself to the discount DVD bin one might see at a 7-Eleven, with movies like Shrek Forever and Tropic Thunder available for purchase. He joked that Tropic Thunder was a “classic” that “doesn’t belong in the trash,” applying that description to himself. “I’m Tropic Thunder. I’m the diamond in the trash,” he quipped. “It’s a steal.” 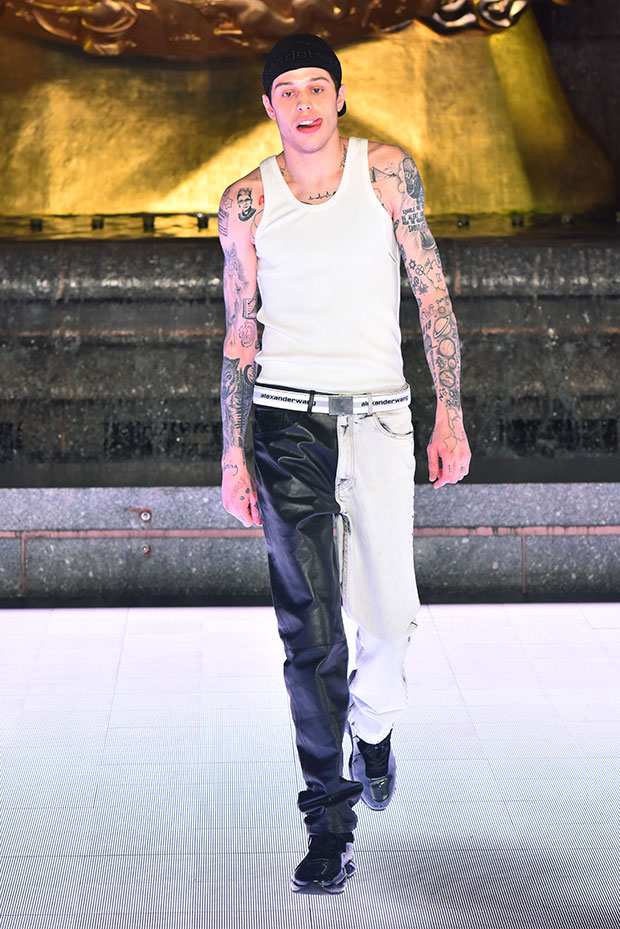 The King of Staten Island star and the SKIMS founder initially connected while filming the Oct. 9 episode of SNL, which was Kim’s hosting debut. During the episode, Kim and Pete were paired on screen in an Aladdin-inspired sketch where he played the titular character to Kim’s Princess Jasmine. A brief kiss ensued and the duo clearly felt the chemistry, as they began hanging out shortly thereafter.

How Vanessa Bryant, Ciara and More Are Celebrating Natalia Bryant on Her "Golden" Birthday