Paris Jackson was spotted at JFK airport with a curious mark on her neck, causing some to wonder if it was from a potential suitor.

Did Paris Jackson get love-bitten? In photos you can see here, the daughter of Michael Jackson was spotted at JFK airport on Wednesday, Feb. 2 with a very noticeable mark on her neck. Paris was headed out of the city with her brothers, Prince Jackson, 24, and Bigi Jackson, (formerly known as Blanket),19, after attending the Tuesday opening night performance of MJ: The Musical about their late father. 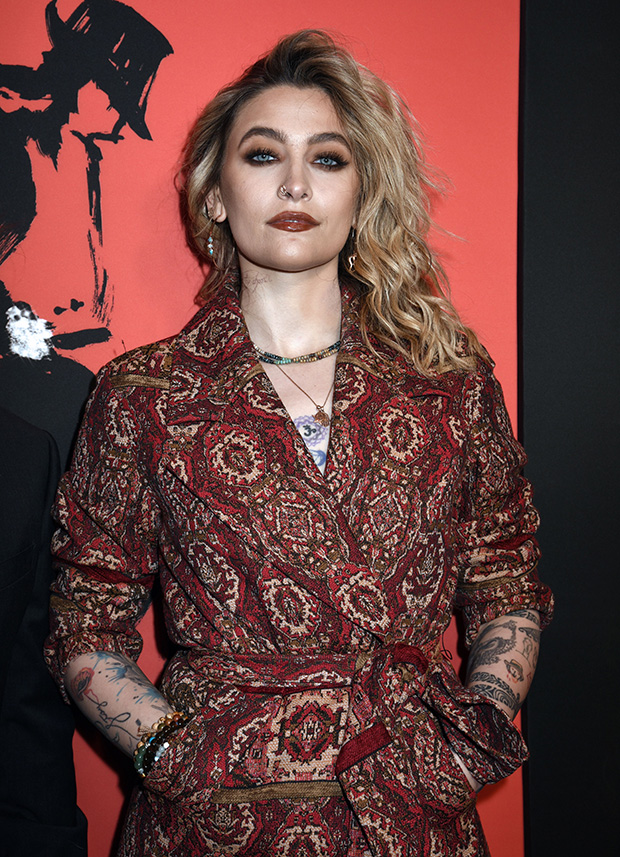 It’s unclear that if the mark is indeed a hickey, who exactly it’s from. The 23-year-old was last linked to 35-year-old actor Emile Hirsch after the Into the Wild star shared two photos to his Instagram of the two getting very close. In the one shot, he was leaning up against Paris’s face while a latter photo showed the two posing for a cute March 9, 2021 pic Emile captioned “Hiding out with you.”

The photo even received a red heart emoji from Kate Bosworth, with whom Emile was filming the new movie The Immaculate Room at the time. Meanwhile, fans had questions: “[ARE] U GUYS DATING,” one fan asked, while another follower wrote, “Please tell me this is happening?!!!”

Emile also posted a photo of he and Paris all dressed up at an event on Nov. 5, 2021. “Being actively tall tonight,” he joked in the caption as the two looked cute and cozy for the shot.