Daisy Dove is back in Los Angeles! Orlando Bloom was spotted holding his daughter after celebrating fiancée Katy Perry’s birthday in Mexico.

Orlando Bloom and Katy Perry are back in Los Angeles with daughter Daisy. The actor, 44, was spotted carrying his 1-year-old daughter in a parking structure on October 26 following his getaway with fiancée Katy to celebrate her 37th birthday. He looked comfortable in a casual white t-shirt and khaki pants, his hair slightly disheveled from his travels. 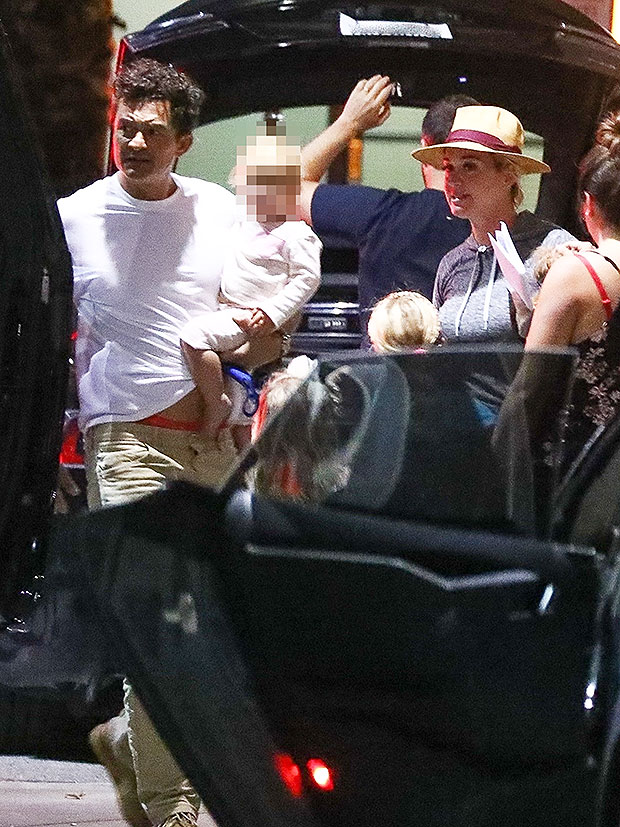 The couple recently visited Cabo San Lucas, Mexico for Katy’s birthday, which was on October 25. During the trip, Orlando paid homage to his fiancée on Instagram for her big day, sharing a photo of him staring at his partner staring at a plate of desserts. “We do life we do love and it’s fun,” he wrote. “I’ll celebrate you today and everyday. I love you.”

Orlando and Katy have been dating since 2016. After a brief breakup and eventual reconciliation, the two got engaged on Valentine’s Day 2019. They welcomed their first child together, daughter Daisy (full name Daisy Dove Bloom), on August 2020. In an interview with Variety in September for the magazine’s 2021 Power of Women issue, Katy called motherhood the “biggest life changer.”

“As a new mom, those first six weeks are like, ‘What?’ It’s just the biggest life change ever,” the “Firework” singer said. “You’re responsible for someone’s well-being that can’t even hold their head up. It’s a real shift,

City Girls Perform in Florida to Packed House on Thanksgiving

Denise Richards Recalls Her ‘Toxic’ Marriage To Charlie Sheen: ‘It Was A Very Dark Time’