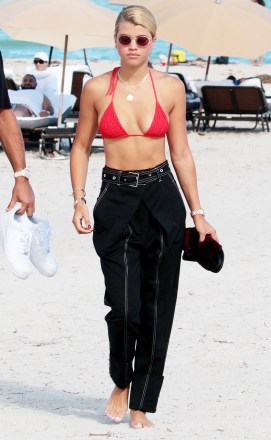 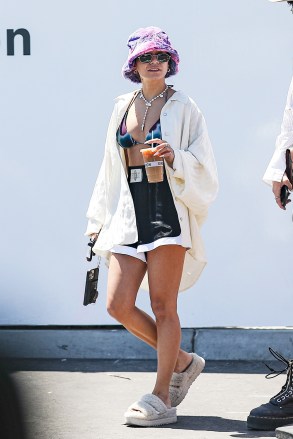 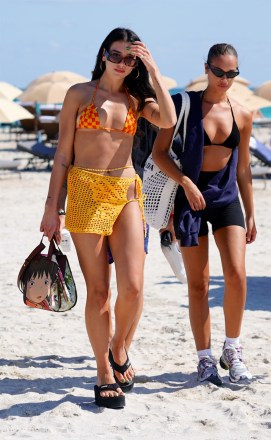 Noah Cyrus tried to beat the heat of Los Angeles on June 27 by taking to the streets in a brown triangle bikini top and a pair of black baggy sweats. The 22-year-old paired the laid-back look with black slides and carried a blue-gray hoodie in her right arm. The “July” singer kept cool by hydrating with mineral water and a Hailey Bieber Strawberry Smoothie from the California-based health-food store, Erewhon. She was photographed walking alongside her boyfriend, who was wearing a Pink Floyd tee, black skinny jeans, and black boots. 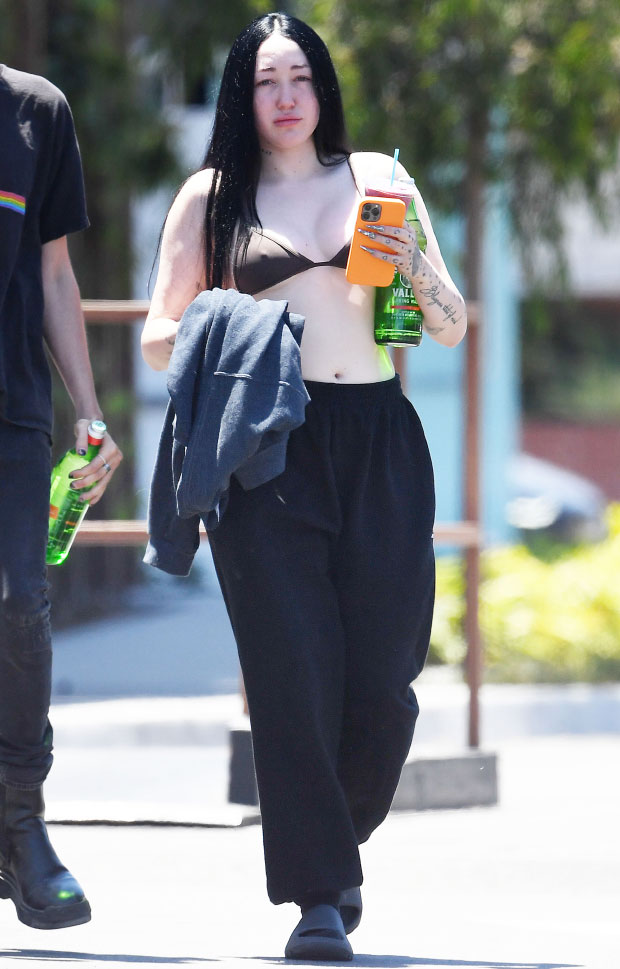 Noah Cyrus carried a water bottle and smoothie as she walked in Los Angeles with her beau (Photo: GP/MEGA)

The youngest child of Billy Ray Cyrus and Tish Cyrus was spotted the same day she announced both good and bad news about her upcoming debut album, The Hardest Part. First, she announced the 10-song track list on the album. “i’m so proud of each song and am so honored to share a duet with the one and only Benjamin Gibbard on this record … i’ve been a huge fan since i was a kid,” she gushed. Then, she announced a “tincy wincy minor issue”: her album release date has been pushed back due to “manufacturing delays”. After announcing the new date would be September 16, she concluded, “i love u all and thank u for supporting me and staying with me all these years – it’s still the beginning!!! the first album IS almost yours and I can’t wait for you to have it.” 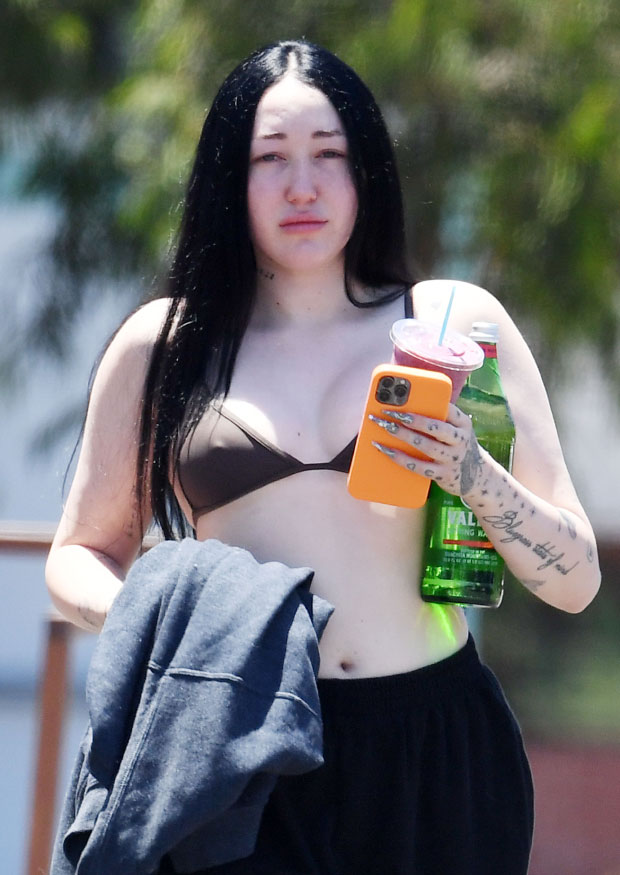 Noah Cyrus appeared to be make-up free during her outing (Photo: GP/MEGA)

Noah has been promoting her album all year,

E! “Stands In Solidarity” With the Black Community: “To Be Silent Is To Be Complicit”

Britney Spears Says She Was ‘Losing It’ During Vegas Residency: ‘I Wanted To Crawl In A Hole’