Sunita Deshpande makes her feature film debut as Celeste in the HBO Max movie ‘Moonshot.’ HL spoke EXCLUSIVELY with the actress about the magical set experience, working with Cole Sprouse and Lana Candor, and ‘writing for yourself.’

Moonshot is HBO Max’s delightful space rom-com starring Lana Candor and Cole Sprouse. Their characters sneak onboard a space shuttle from Earth to Mars to be reunited with their significant others. Along the way, they encounter a number of friendly faces abord the spaceship, including Sunita Deshpande’s Celeste. The role is Sunita’s first-ever feature film.

“I can’t even begin to tell you how many scripts you get as an actor where you’re like, okay, whatever. You do your audition, whatever. Max Taxe’s script… he’s going places. I have no doubt in my mind. I got the entire movie script and I sat down and read it right there,” Sunita told HollywoodLife EXCLUSIVELY. “I cannot begin to tell you how witty his dialogue was, how clever and funny it was. They always say it’s a trope to say ‘page-turner,’ but it was a page-turner. I sat there and read the whole entire thing and I thought, oh my gosh, I really want to be part of this movie. That’s why I sent him my audition tapes. I had actually gone in for Tabby originally, and I have to say, I felt a little more drawn to Celeste. And so what I had done was I had played the role of Tabby in two very different ways because I actually thought in my head I could be a really good Celeste. I played Tabby very, very aggressive, and then I played her again very passive-aggressive, which I thought was perfect for Celeste. I sent in a bunch of improv tapes and luckily got asked to send some more callbacks and booked the role.” 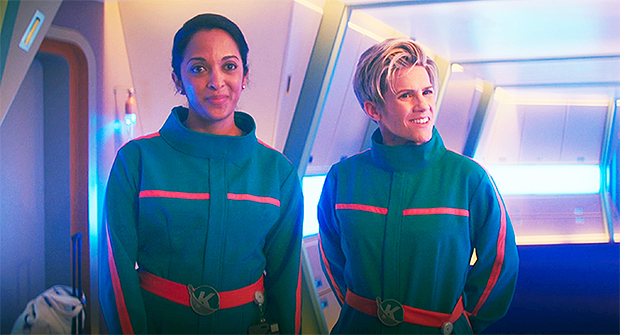