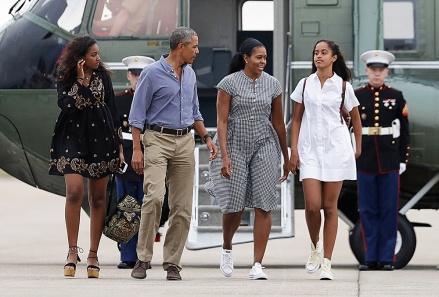 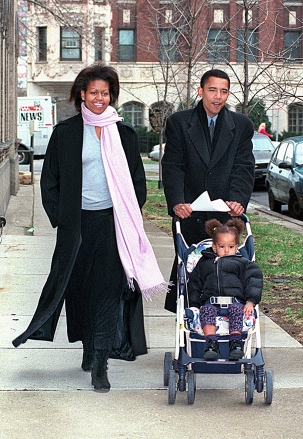 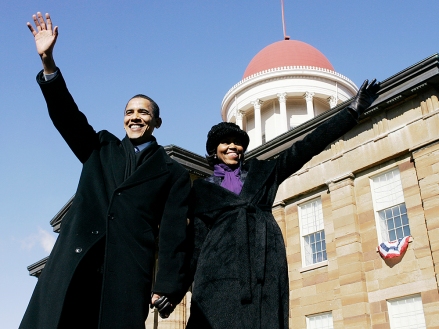 Sasha and Malia Obama are growing up! Their mom, former First Lady Michelle Obama, opened up about both of her girls dating and finding serious boyfriends in a new episode of Ellen on Tuesday April 19. The former first lady said that Sasha, 20, and Malia, 23, are young women now, and she reflected on how much growing up they’ve done in the public eye.

During the interview, Ellen DeGeneres reflected on Michelle bringing the girls by the show to meet the Jonas Brothers, long before President Barack Obama was even elected. Michelle explained just how much has changed. “Now, they’re bringing grown men home. Before it was just a pop band, now they have boyfriends and real lives and all that stuff. They have grown up right before our very eyes, and they’re doing well.,” she said.

Other than both the girls having boyfriends, Michelle did speak about how it was nice to spend more time at home with Malia and Sasha during the COVID-19 pandemic. She said that while she “love[s] them at every age,” it’s been nice to spend time with them now that they’re grown up. “It was an extra special treat to have them that little bit of time. Being with them as adults is fun!” she said. “They are just amazing young women.”

Michelle said that Sasha is doing well in college in the interview. While her younger sister is still in school, it was recently revealed that Malia was working with rapper and Atlanta creator Donald Glover on his upcoming TV show.

These $20 Travel-Friendly Personal Blenders Have Over 19,000 Five-Star Reviews on Amazon

Jay Z and Beyonce Announce the On The Run Tour

Prince Harry Gushes Over Meghan Markle During Invicitus Games: She’s ‘Everything’ To Me