Meghan Markle had a thorough discussion about paid family leave at ‘The New York Times’ DealBook Online Summit and said people needing ‘support when they’ve just had a child’ isn’t ‘a red or blue’ issue.

Meghan Markle, 40, is working hard to stand up for paid family leave. The Duchess of Sussex made an appearance at The New York Times DealBook Online Summit, which was celebrating the 20th anniversary of DealBook, on Nov. 9 to engage in a conversation with Mellody Hobson, Co-C.E.O. and President of Ariel Investments, and more about women reaching economic and professional equality. During the discussion, she was asked about recently reaching out to senators about paid family leave through a letter and called the issue “a humanitarian” one.

How can women reach economic and professional parity? Meghan, the Duchess of Sussex, and @MellodyHobson share top-down solutions with @andrewrsorkin at the #DealBook Online Summit. https://t.co/VfoMWaLsYg

“I think this is one of those issues that is not red or blue. We can all agree that people need support certainly when they’ve just had a child,” Meghan told host Andrew Ross Sorkin, Editor at Large, Columnist and Founder of DealBook The New York Times during the summit.

She added, “Paid leave, from my standpoint, is just a humanitarian issue.” 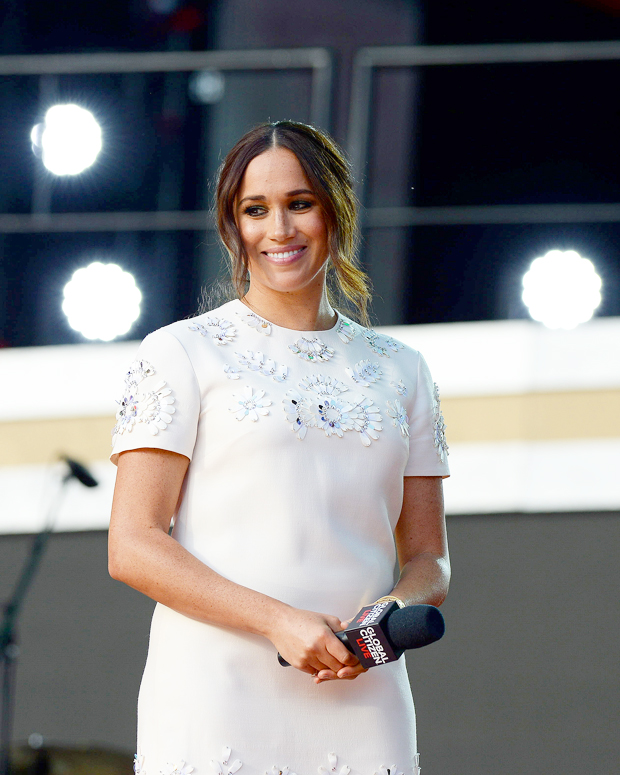 Meghan Markle is speaking out in support of paid family leave. (Kristin Callahan/Shutterstock)

Meghan also talked about how her own experience as a mother to her son Archie,  2, and five-month-old daughter Lili, who she shares with her husband Prince Harry,