Lori Harvey Wows In A Sheer Gown As She Makes Red Carpet Debut With Michael B. Jordan

Lori Harvey and the ‘A Journal for Jordan’ star looked so in love while walking into the Vanity Fair Oscar after-party.

Lori Harvey was beautiful as she and Michael B. Jordan arrived for the Vanity Fair Oscar Party on Sunday March 27. The 25-year-old model stunned in a sheer gold, strapless gown. The skirt showed off Lori’s legs, but the torso on the dress was decorated with an eye-catching design. She held hands with her 35-year-old boyfriend, as they went to the party to close out an unforgettable night. 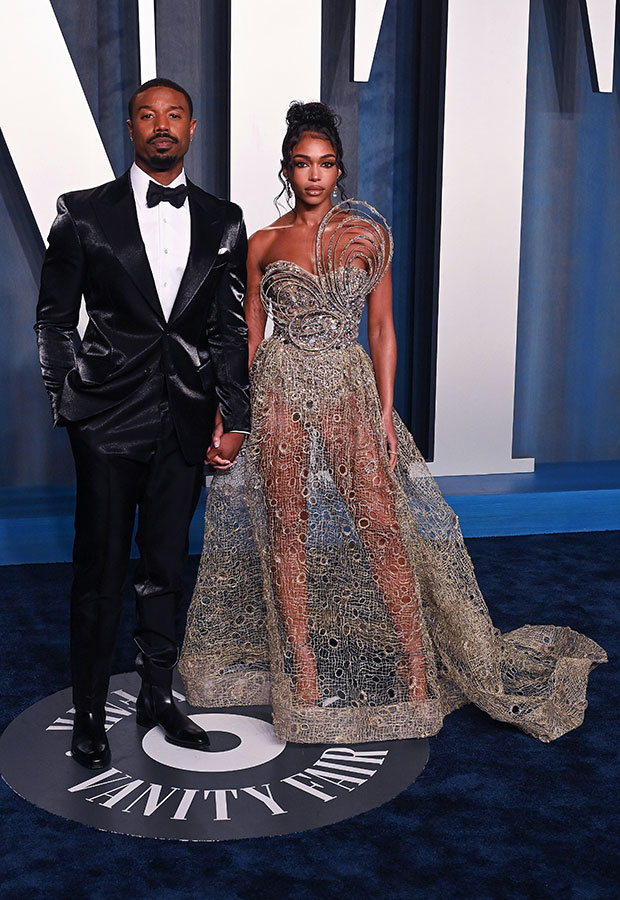 Lori stunned with her sheer gown as she held Michael’s hand. (David Fisher/Shutterstock)

While Lori stunned in the sheer gown, Michael went for a classic black tuxedo. The Creed actor did put his own unique twist on it, and it looked like he was wearing a velvet jacket. Lori also gave fans a glimpse at the party, posting a clip of a neon Vanity Fair sign lit up, as well as a mirror selfie showing off her dress on her Instagram Stories. She also shared a few romantic photos of herself and Michael, including a repost of them on the red carpet, where she said that it was “Date night.” She also posted a video of the actor kissing her neck and simply captioned it “Mine,” with a heart emoji.

The Oscars were Lori and Michael’s first major event together since they first started dating back in November 2020. The pair have opened up more about their relationship, after about a year of dating. The pair celebrated their one year anniversary with a series of photos on Instagram in November 2016.

7 Tips for Adapting your Communication Strategies for Greater Effectiveness