The May 20 episode of ‘KUWTK’ threw it back to the infamous scene when Kim Kardashian lost her earring in the ocean, which a then 13-year-old Kylie Jenner helped her find. They were surprised to see how different she looked!

No one looks the same as they did when they were 13 years old. Regardless, a throwback clip of Kylie Jenner, 23, from 2011 still took fans by surprise when Keeping Up with the Kardashians aired the scene on May 20. Kylie, then just a teen, was swimming with Kim Kardashian in the Bora Bora sea when her older sister lost her $75,000 diamond earring (which Kylie was, miraculously, able to find in the ocean). You can watch Kylie’s cameo in the video above! 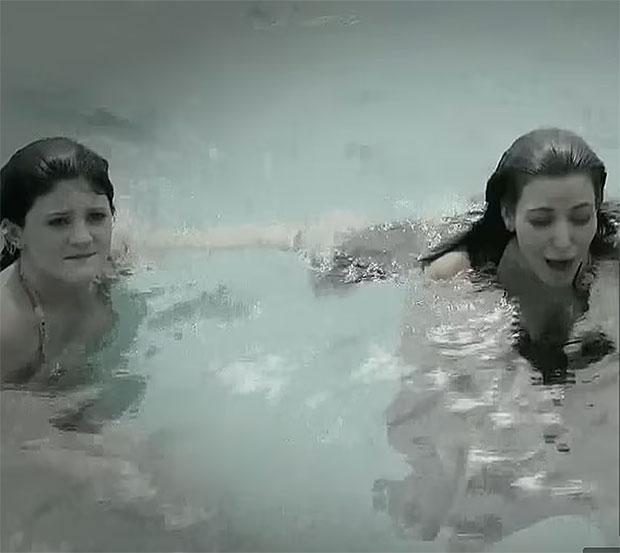 This throwback scene featuring Kylie Jenner, pictured on the left, surprised fans used to how she looks now when it aired on Keeping Up with the Kardashians on May 20, 2021. [E!]Fans are accustomed to seeing Kylie as the makeup mogul who has been open about getting lip and face fillers; so, seeing how she looked before then shocked a few. ‘Kylie looks like a different person,” one person commented on a Daily Mail article featuring the photo of Kylie above, while another wrote, “Kylie in the water is unrecognizable.”

The opinions continued to pour in. Someone else wrote that Kylie “completely changed her face,” and another reader commented, “Oh my! The original Kylie in that one pic!!”

Kylie Jenner now: the Kylie Cosmetics founder shared these photos from her most recent vacation on May 19, 2021. [Instagram/@kyliejenner]

This is not the first time fans have gawked at Kylie’s transformation over the years.