Kim Kardashian’s 75-inch ponytail extension at the 2021 Met Gala cost a whopping $10,000, according to her hairstylist.

Kim Kardashian arrived at the 2021 Met Gala on September 13 in a show-stopping, face-obscuring Balenciaga outfit that inspired endless memes. As it turns out, there is even more to the story. The SKIMS founder, 40, paired the bold all-black ensemble with hair extensions that cost a cool $10,000, according to her hairstylist Chris Appleton. 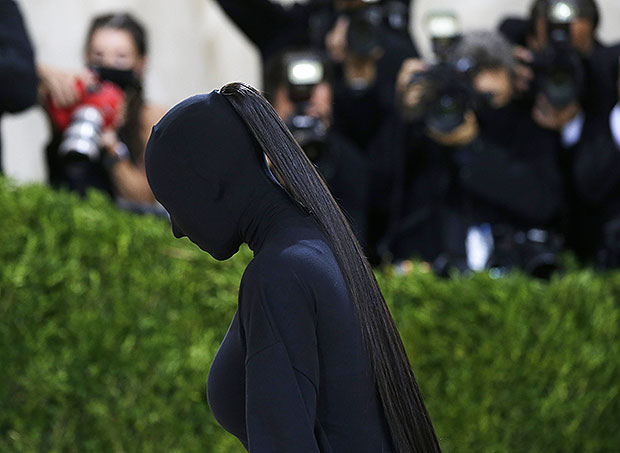 The star’s stylist revealed as much during an Instagram Story Q&A on Tuesday, Sept. 21. A follower asked the hairstylist to the stars how much Kim’s 75-inch ponytail at fashion’s most exclusive event cost, leading Chris to divulge the sizable sum.

On the red (or, technically, white) carpet on the steps of the Metropolitan Museum of Art on that intimate Monday in September, Kim was joined by Balenciaga’s creative director Demna Gvasalia, who similarly wore an all-black face-obscuring ensemble. (Demna’s concealed identity initially led spectators to believe that Kim had arrived with her soon-to-be ex-husband Kanye West.)

Kim’s ensemble at the American fashion-themed gala was not the only part of her look to go viral that evening. Her longtime makeup artist Mario Dedivanovic confirmed that she had a full face of makeup on underneath her mask. Mario shared the look on Instagram on the day of the gala, captioning it, “Behind the mask 😉 @kimkardashian.” 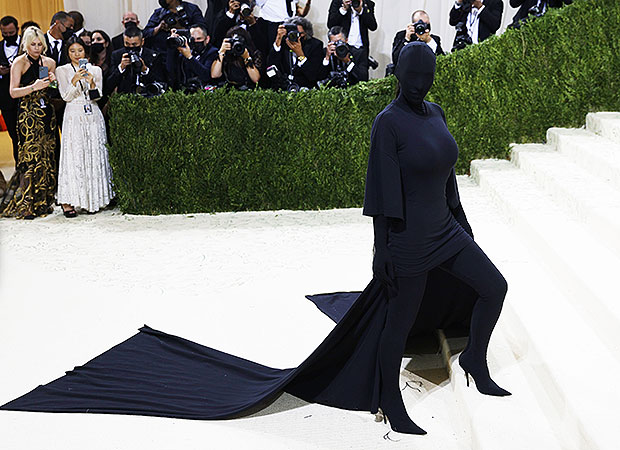 The revelation resulted in many,

Kerry Washington, Ryan Reynolds and More Stars Speak Out to Support IATSE Ahead of Potential Strike