Kim Kardashian and her daughter Chicago spent some mother-daughter bonding time at the Asian Art Museum in San Francisco.

Kim Kardashian, 41, and her Chicago, 3, look so much alike! The SKIMS founder and her youngest daughter paid a visit to the Asian Art Museum in San Francisco, California on Wednesday, Dec. 29. Kim snuggled Chicago close as they posed in front of a mural made to look like an aquarium as the 3-year-old held onto a large white piece of paper. “Team Lab at the Asian Art Museum in San Francisco,” she wrote in the caption for her 274 million followers.

The Keeping Up With The Kardashians star stayed casual in a pair of estranged husband’s Kanye West Yeezy sneakers (specifically, the Yeezy 700 V3), a black turtleneck and black pants. She kept her dark hair center parted and down, adding a glow to her skin with her usual nude makeup and glossy lip.

Meanwhile, Chicago looked absolutely adorable in a “Canadian tuxedo” consisting of a denim jacket and jeans bedazzled with rhinestones. The toddler finished her ensemble with a sparkly pair of pink boots! At one point, she looked totally distracted by the piece of paper she was hanging onto — perhaps a print of a piece in the museum — choosing to look down instead of at the camera with her mom. 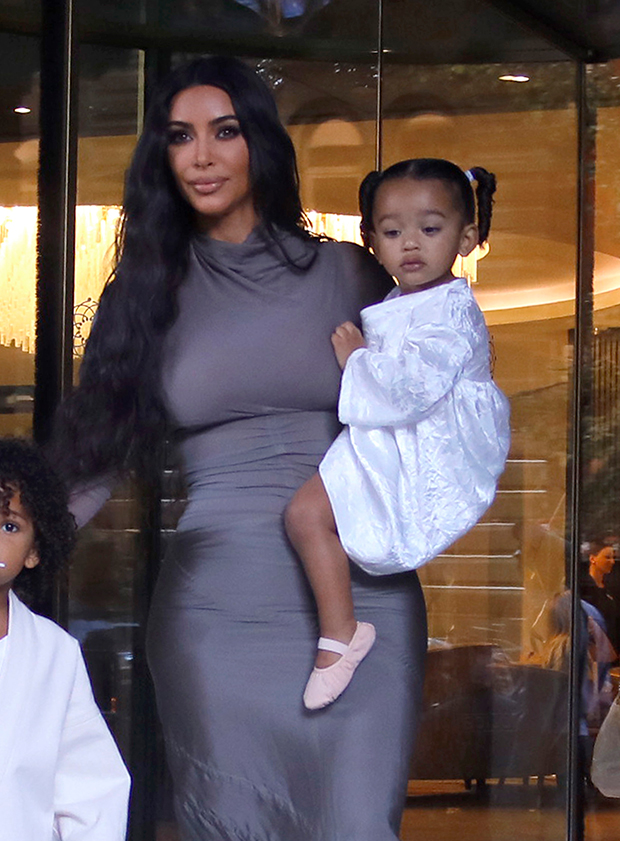 Kim Kardashian and her daughter Chicago are seen in Armenia in 2019. (SplashNews.com)

The cute photos racked up over two million views in just a few hours, generating plenty of comments from Kim’s adoring fans. “Nice so cute,” one fan wrote.

Beyoncé's New Song “Break My Soul” Will Have You Buzzing

The Challenge's Tori Deal and Jordan Wiseley Call Off Engagement

Finished Binging Emily in Paris Season 2? Here's What to Watch Next