Kevin Hart, 41, gave his daughter Heaven the gift of a lifetime in honor of her 16th birthday on Mar. 14. The actor presented the teen with a brand new black Mercedes SUV during her extravagant party and clips from the epic moment were shared on the Instagram story of bDASHd Event Planning And Baker, the company that threw the bash. They also shared clips of the incredible setup at the event and it included a gorgeous set dinner table, video game area, an outdoor movie theater, and even candy boxes with the birthday gal’s pic on them!

Kevin shares Heaven with his ex-wife Torrei Hart, 43, whom he divorced in 2011, and she was also at the bash. In the video that shows Heaven being presented with the new car, which had two big red bows on it, she can be seen being brought outside to the vehicle as she donned a gray “Jaws” T-shirt over a long-sleeved white shirt, black pants and black sneakers. She also wore a black face mask at one point and looked as surprised as could be as a large group of partygoers surrounded her and took pictures.

It didn’t take Heaven long to check out her awesome wheels as she opened the doors and sat and looked inside. She also stopped to pose for photos with her parents while standing in front of the car, which is estimated to cost around $85,000, and appeared to be thrilled yet humbled by the incredible gift. 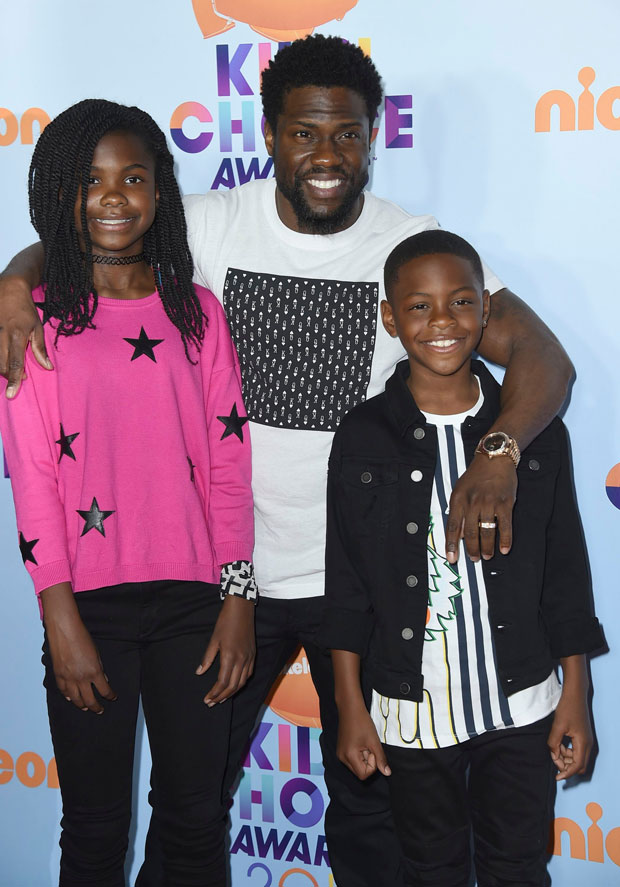 Kevin Hart poses with his kids Heaven and Hendrix at a previous event.  » Read Full Article

The Rising Power of Streaming: Netflix is Now a Top Contender for The Emmys’

Shaq’s Kids: Everything To Know About His 6 Kids From Youngest To Oldest & Their Moms

How to Use Medical Marijuana - 5 Things You Should Know