Kenya Moore just threw some serious shade at her her Real Housewives of Atlanta co-star Marlo Hampton! After Wendy Williams host Michael Rapaport questioned the reality star about Marlo saying she was “jealous” of her for now becoming a peach-holder, Kenya had the ultimate clap-back.

After the audience let out an audible gasp at the comment, the 51-year-old added, “Why would I be jealous?” Kenya’s response led Michael to ask if Kenya has “always been good at snapping,” aka “talking crap.”

“Probably, yeah!,” Kenya responded, laughing and smiling, knowing her place as the essential Queen of Shade.

Later during the interview, Kenya added that she believes Marlo is trying to “be like Nene [Leakes],” aka the show’s arguable star who departed in 2020. “You’ll never fill those shoes, so just stay in your lane,” Kenya shared. “Or, you know, behind your bars.”

Their conversation then turned toward another former housewife-come-new-addition, Shereé Whitfield, who is now on good terms with Kenya.

“I’m happy we’re friends again,” Kenya said before Michael added, “Yeah, because you guys have duked it out.”

“She’s my neighbor, like, literally, I can throw a stone and hit her back window,” Kenya shared. “So, I need to be friends with her because I might need some brown sugar.” 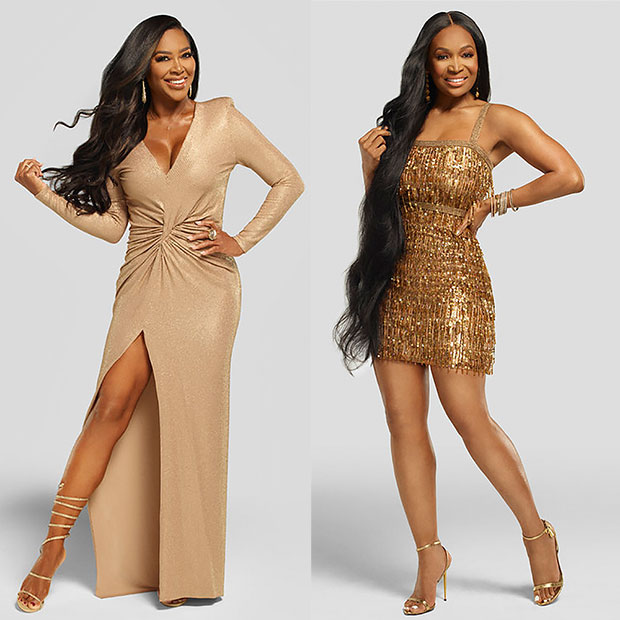 Kenya also teased some future conflict with her other longtime co-star on the series, Kandi Burruss, who recently spoke with Page Six about Kenya trying to “come for her” this season.

Why Kanye West Really Dropped Out of His 2022 Coachella Performance