Congratulations are in order for Kelly McCreary! The 40-year-old Grey’s Anatomy star gave birth to her first child — daughter Indigo — with husband Wren Chatmon, she confirmed to PEOPLE magazine. Kelly gave birth “several weeks” early per the outlet, revealing that she welcomed the baby over two months ago on Sunday, Oct. 3, in Los Angeles, CA.

“We had planned a lovely, intimate home birth, but my bag of waters broke several weeks early, so I wound up delivering in the hospital,” she explained. “Like many birthing people, about the only thing that went according to our birth plan was that the baby came out! I was just so relieved that we both made it through safely. Indigo had to spend some time in the NICU to finish cooking, but fortunately, there were no other complications. She is home and healthy!” she also said. 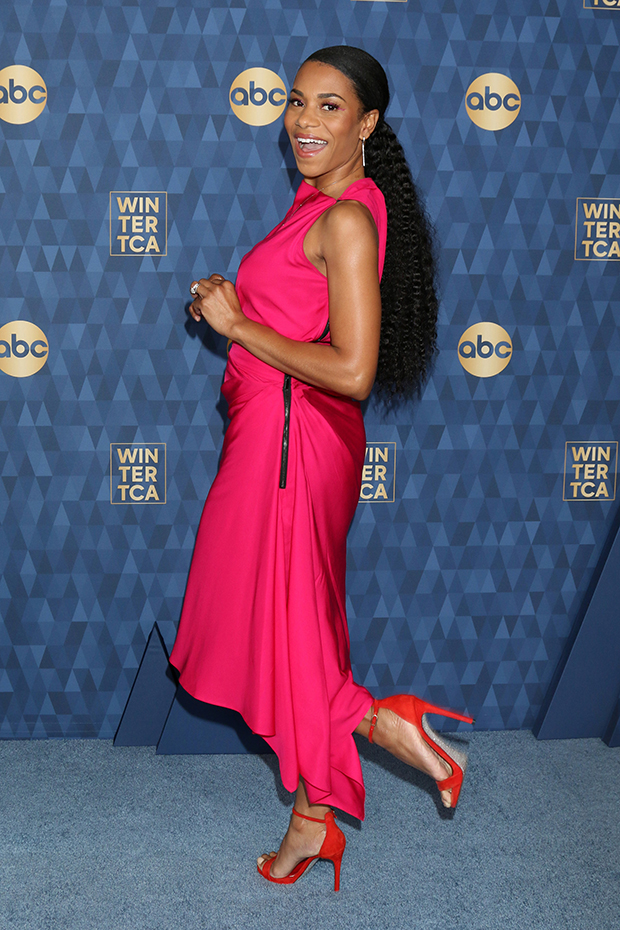 Kelly McCreary is seen on at the Winter TCA for ABC. (Kathy Hutchins/Shutterstock)

Kelly, who married Pete back in 2019, revealed that she was expecting back in August after sharing photos of a pregnancy test. Giving birth early wasn’t in the plan, however, which the actress said was “stressful” in her interview.

“As stressful as it was to have Indigo in the NICU, it also meant we had a lot of parenting support in the early days,” the actress, who plays Meredith Grey’s half-sister Dr. Maggie Pierce in the series, shared. “We were able to enter into parenthood with a little more sleep and a lot more knowledge than we might have otherwise had thanks to the incredible medical professionals at Cedars Sinai,” she explained.

Were You Fooled? Chrishell Stause Reveals Truth About Her Brunette Hair at 2021 People's Choice Awards