Kanye West is shielding his face from the public in recent photos, sporting a full black mask out while checking out renovations on his home in Malibu.

Mask on! Kanye West was seen out in Malibu on Monday with some business associates, but his face was specifically not on display as he sported an all-black look and hid his face from view. For the outdoor meeting with a few people ostensibly on his team, the “Off the Grid” rapper wore a full black mask covering over his entire head, keeping a low profile from the public. He paired the accessory with a large leather jacket and black jeans tucked into rainboots.

Kanye West has a chat with his business associates (SplashNews.com).

The avant-garde style, however strange to some, is pretty typical of Ye, whose close relationship with Balenciaga creative director Demna Gvasalia has resulted in similar choices over the past year and also undoubtedly influenced his estranged wife, Kim Kardashian. The reality star notably sported [literal] head-to-toe Balenciaga for the 2021 Met Gala with Demna in tow — himself also sporting a face covering that initially led some to believe it was Kanye joining Kim for the event. Some also interpreted Kim’s BDSM-inspired Balenciaga looks to be even more symbolic than realized — as it relates to her ex — but the jury’s still out on that one. 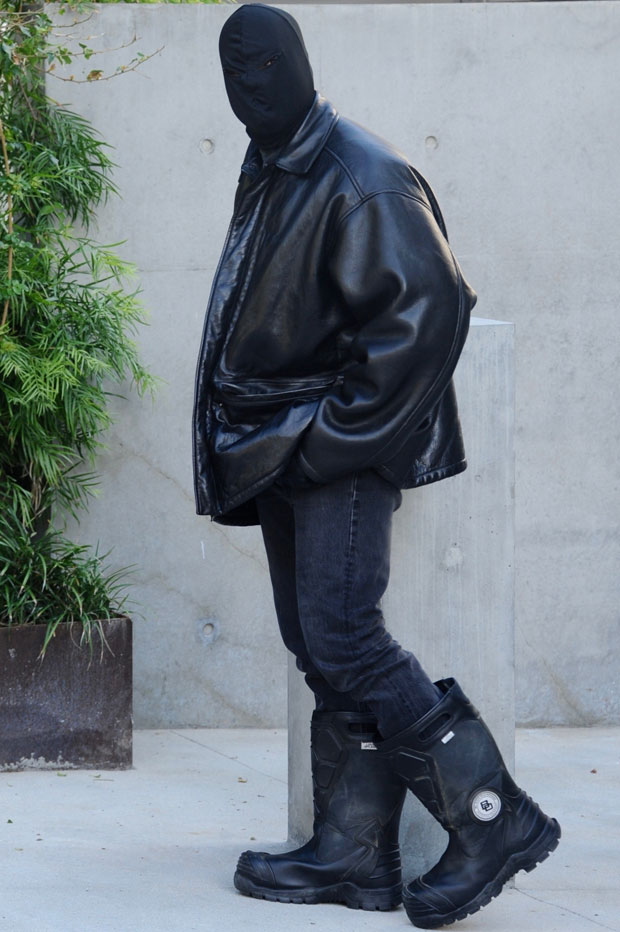 As far as Kanye’s symbolic meaning … could he be hiding after the whole debacle involving his daughter Chicago‘s fourth birthday party on Jan. 15? When the rapper claimed he hadn’t been told the address for the event which was thrown with with Kylie Jenner as a joint party for Stormi Webster,

4 Ways To Manage Back Pain