Jordyn Woods has stunned in a green bikini while posing on the beach. She was also seen snorkeling in crystal blue waters while on a tropical vacation.

Jordyn Woods has given fans a glimpse inside her latest summer getaway, sharing a snap of herself posing on the beach in a blue and green tie dye bikini. “happiness is a choice,” the 23-year-old captioned her August 29 post, which showed her kneeling on the golden sand and holding her hands up to her head.

The following photos showed her going for a dip in the bright blue water with snorkeling gear on, before returning to the beach for a bite of ice cream. “Gorgeous vacay! Live your greatest adventure,” one fan wrote, while hundreds of others dropped heart eye and flame emojis.

It came just a few days after she opened up on the Aug. 18 episode of MTV’s newly revived Cribs, in which she discussed cancel culture. While doing so, she seemingly addressed her falling-out with former family friend Khloe Kardashian, 37, after her cheating scandal with Tristan Thompson, 30. After opening a package of t-shirts that had the phrases, “Oh, s**t I’ve been canceled,” and “Please don’t cancel me,” written on them, Jordyn shared her thoughts.

“They tried it already, I’ve already been in that position,” she said. Jordyn didn’t name names or say who “they” are, but fans immediately started suspecting that she was referencing Khloe and Tristan. “I truly believe the only person who can cancel you is God and God isn’t going to cancel you.” Her mom, Elizabeth, then chimed in, “And that’s the truth.” 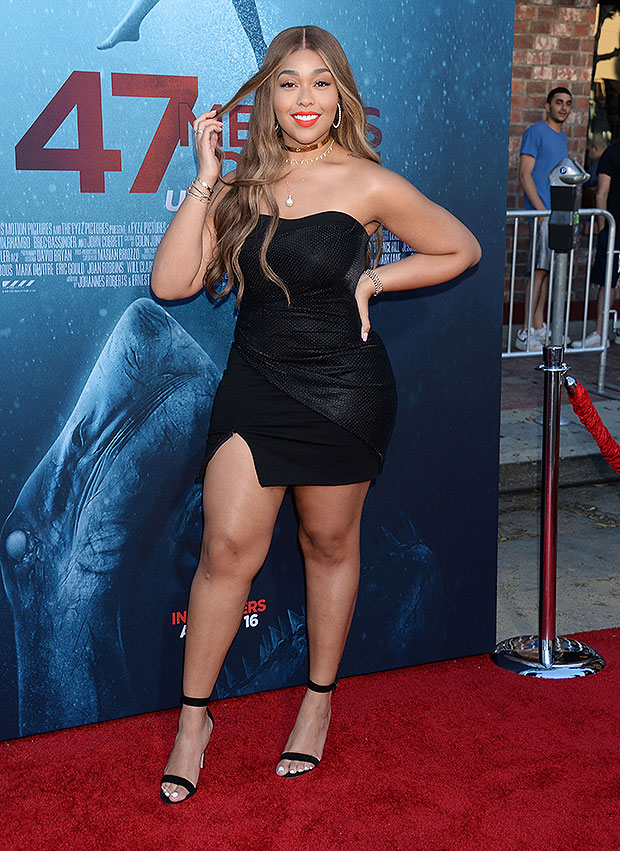