Ella Travolta penned a tribute to her ‘hero’ dad for Father-Daughter Day. Read her sweet message.

John Travolta’s daughter penned a sweet tribute to him on Father–Daughter Day on October 10. Ella, 21, called her famous father, 67, her “hero” and “best friend” in the sweet Instagram post on Sunday. The actor’s daughter, whom he welcomed with late wife Kelly Preston, shared a photo from their appearance on Jimmy Kimmel Live! for the occasion. 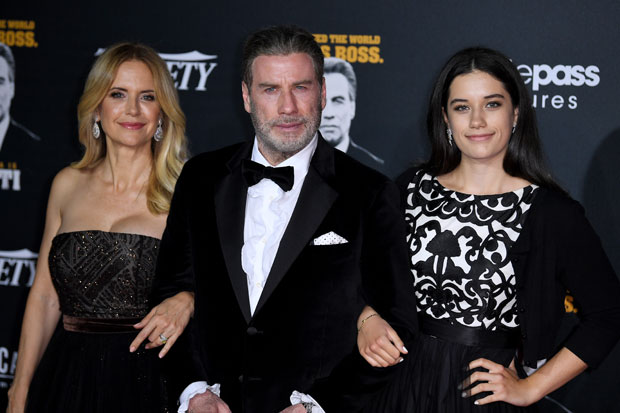 “Happy Father-Daughter Day to my hero, my best friend,” Ella captioned the post. “I love you so much Daddy.” John shared the same image on his own Instagram account for the holiday, captioning the post, “Happy Father–Daughter Day Ella! I love you more than words can express!” The sweet photo is from the duo’s press tour for their 2019 crime thriller film together, Poison Rose.

Along with Ella, John is also dad to Benjamin, 10, with his late wife, who died in July 2020 at the age of 57 after a two-year battle with breast cancer. They also shared the late Jett, who died at the age of 16 in 2009. Their eldest son, who had autism, passed after he suffered a seizure at the family’s vacation home.

The sweet tributes come after John opened up about his longtime wife’s passing in a candid conversation with Kevin Hart in his Peacock series Hart to Heart in August. The Pulp Fiction star recounted a discussion he had with his son Benjamin about mortality following Kelly’s death,

Emma Stone Is a Mom! Look Back at Her Love Story With Dave McCary