‘The Bachelorette’: 1 Man Lies To Michelle & The Other Guys Vow To ‘Expose’ Him

Michelle Young had an amazing one-on-one date with one man on ‘The Bachelorette,’ but later in the episode, that same guy told her lies about the other men in the house.

Michelle Young’s connection with Joe Coleman rubbed some of the men the wrong way on the Oct. 26 episode of The Bachelorette. Michelle and Joe both grew up playing basketball in Minnesota, and prior to coming on the show, they had even talked via direct message about basketball. However, Joe ghosted Michelle at the time, so when he came on The Bachelorette, she was unsure about whether or not he was there for the right reasons. She gave him the last rose at the first rose ceremony, and definitely didn’t seem to regret the decision on his group date this week.

The group date conveniently involved basketball, which gave Joe a chance to shine — especially in Michelle’s eyes. “He looked like he was at home and that’s something that’s very familiar to me,” Michelle gushed. “I think that’s why there’s kind of a certain level of comfort with Joe, just because basketball was such a huge part of my life. Going to the gym every single day for hours…that’s what I did. Life was basketball. Not only does he get that basketball life, he gets that Minnesota basketball life.” 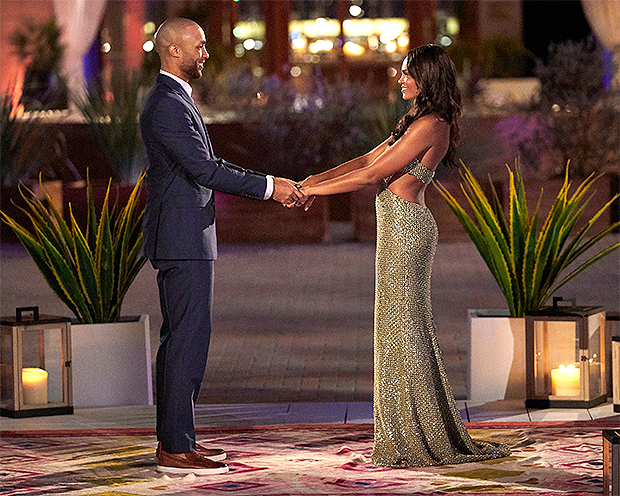 Michelle Young and Joe Coleman on ‘The Bachelorette.’ (ABC)

Joe’s team lost the basketball group date, but Michelle named him MVP of the game, so he still got to attend the after-party with the winners. At the after-party, Michelle and Joe got to spend more one-on-one time together, and it solidified their connection even further in Michelle’s mind. “I’ve never had chemistry with somebody off the charts this quickly that I was so into getting to know and attracted to,” she admitted.

Kid Cudi Reacts To Landing His First No. 1 Hit

Watch Macklemore Get Grilled by His 6-Year-Old Daughter, Who Prefers Taylor Swift and Adele