Wait, Jaden Smith and Cara Delevingne?? The models were spotted getting cozy on Valentine’s Day, even leaning in for a kiss during their night on the town!

New couple alert? Jaden Smith and Cara Delevingne raised eyebrows on Valentine’s Day when the models were photographed leaning in for a kiss! In the photo, taken in West Hollywood on the night of February 14, Jaden, 22, has gifted Cara, 28, with a giant bouquet of two or three dozen red roses. He then wraps her up in a big hug with the widest smile on his face. Whatever is going on between Cara and Jaden, it seems a little more serious than a simple friendship. 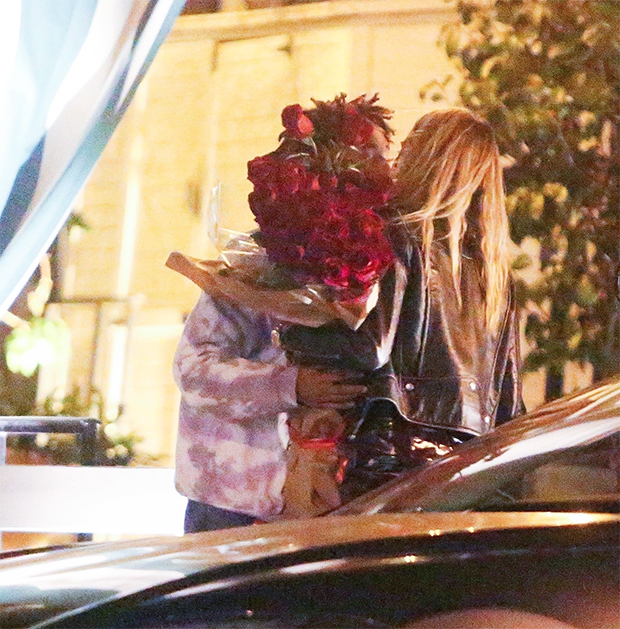 Jaden Smith and Cara Delevingne lean in for a kiss during a date night in West Hollywood, 2/14/21 (BACKGRID)

This is the first indication that anything was going on between Jaden and Cara. The twosome recently co-starred in the film Life In A Year, which focuses on a 17-year-old high school student (Jaden) who falls in love with a terminally ill girl named Isabelle (Cara). They couldn’t be more different, but they’re still drawn to each other. The film was quietly released on November 27 on Amazon Prime.

Their fans went wild on Twitter after seeing the Valentine’s Day photos — especially the kissing pic. “Wait are Cara Delevingne and Jaden Smith dating? Why do I ship these two so hard… that actually is so cute,” one fan tweeted, with another Twitter user writing, “Jaden and Cara are so cuteeeeee pls send help.” A third fan tweeted, “Cara Delevingne + Jaden. A dream come true.”

This would be Cara’s first high-profile relationship since splitting with her girlfriend of two years,

Highway 1: One of California's Most Dangerous and Beautiful Roads