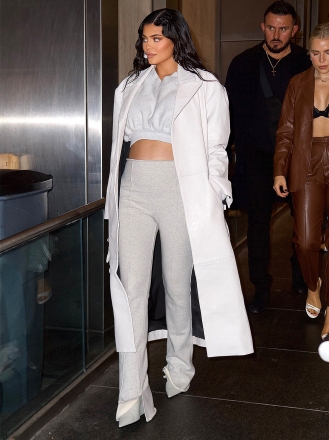 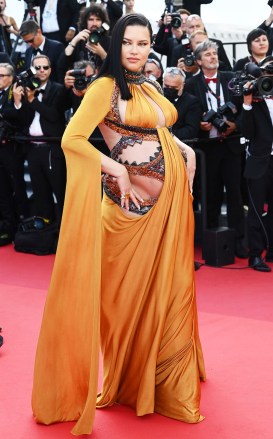 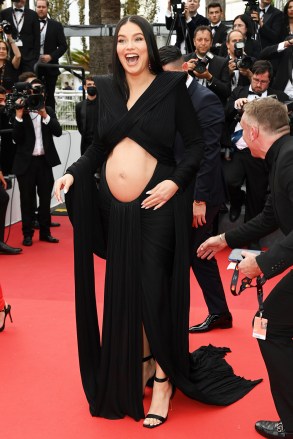 While Alec Baldwin is facing serious charges for his involvement in the Rust shooting, his daughter Ireland Baldwin is happily bumping along in her pregnancy. The 27-year-old fashion model, who is expecting her first child with her partner RAC, showed off her baby bump in a Jan. 23 Instagram photo dump, where she modeled all different maternity outfits. But in one photo, Ireland decided to go completely topless and flaunted her belly while wearing nothing but a pair of black jeans. Ireland’s tattoos on her arms and shoulders were fully visible in the snap.

Ireland modeled so many cute pregnancy-friendly outfits in all the mirror selfie photos. She rocked a red skirt and a floral dress that both showcased her cute bump. Ireland also slipped on a few shirts, including a dark flannel that she paired with high black socks. The model captioned her post, “reposting the pg-13 selects because y’all love to report me 🤘🏼.”

Ireland announced her pregnancy on New Year’s Eve by sharing a snap of her sonogram. She confirmed that her beau André Allen Anjos, the Grammy-winning musician also known as RAC, is the father of her child. Ireland’s mom, Kim Basinger, 69, later confirmed that Ireland is expecting a daughter. 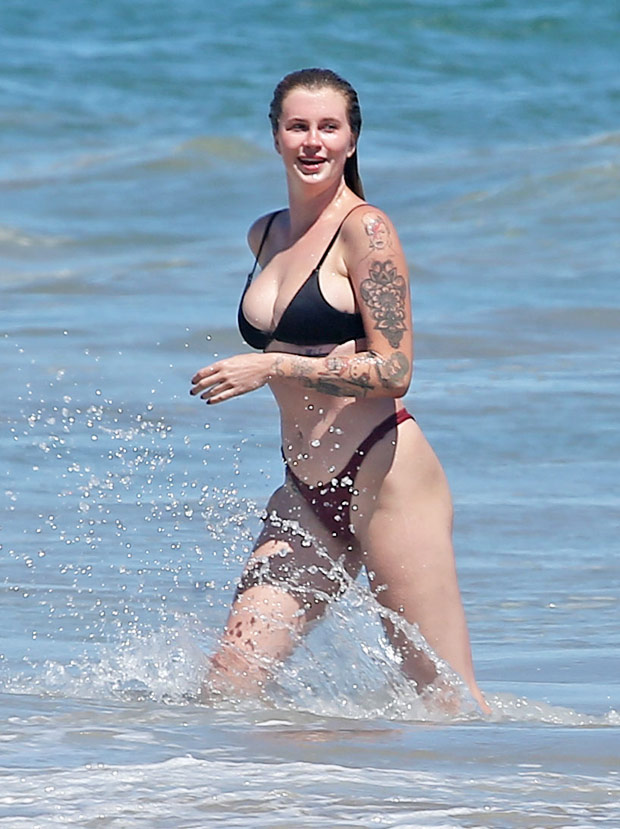 While Ireland is celebrating such a special time in her life,