Heidi Klum Admits She ‘Doesn’t Give’ Daughter Leni, 18, ‘Too Much’ Modeling Advice: ‘She Has Her Own Flavor’

Heidi Klum‘s daughter has a pretty incredible mentor when it comes to her budding modeling career — and that’s her own mom’s portfolio! 18-year-old Leni Olumi Klum has been making her way onto runways and into magazine photoshoots, solo or alongside her supermodel mom, and she’s absolutely crushing it! “She’s been to so many sets of mine, whether if it was or Project Runway, AGT or Top Model, and she’s always been on set, and many photoshoots, so she’s always been around this. Leni’s never seen a camera as an enemy!” Heidi explained to HollywoodLife.com in an EXCLUSIVE interview ahead of the season 3 premiere of Making The Cut. “As soon as there’s a camera, she’s always been hopping around in front of it, posing and whatnot, so I think she feels very free in front of the camera and photographers.” 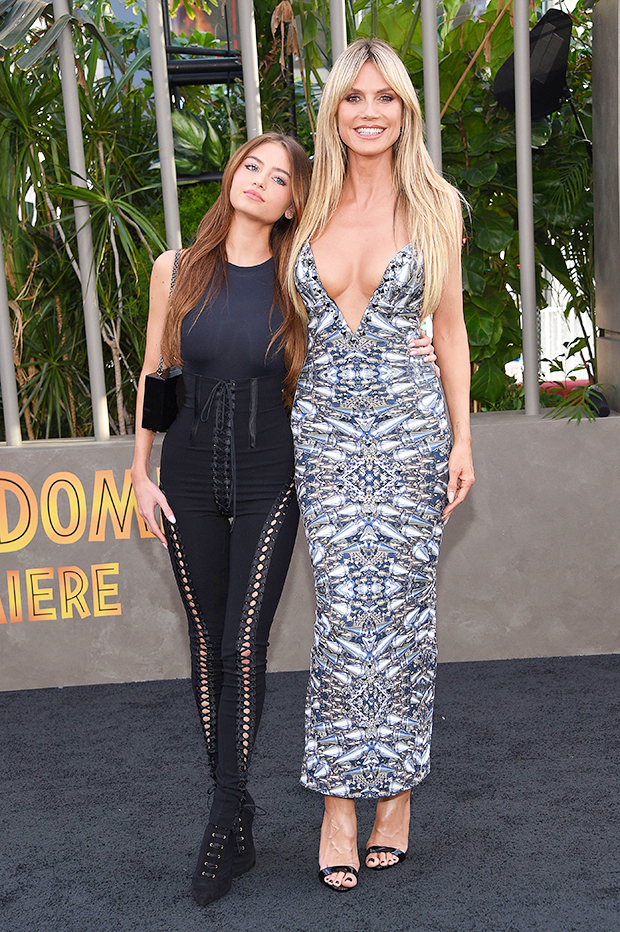 The mother-daughter duo recently posed together for a Harper’s Bazaar Germany cover and Leni made her catwalk debut at Dolce & Gabbana’s star-studded Alta Moda spectacular in August 2021. “I don’t give her too much advice. You know, she has her own point of view and how she wants to be seen,” Heidi said. “Sometimes she shows me photos and asks which one I think is the best one and then I pick this one, but she picks thats one. She has her own mind and flavor and what she wants to do, so just let her do her thing. If she’s happy and healthy and doesn’t get into trouble, it’s all good!”

The former Victoria’s Secret angel added, “It’s a different generation. She only just turned 18 and I’m so proud of her for all the jobs she’s doing.

‘American Horror Story’ Season 10: Everything We Know So Far About The Theme, Cast & More

JoJo Siwa Debuts ‘Mullet’ Hair Makeover On TikTok: See Her Look Before & After