There’s a new DWL champion in town! The final moments of the ‘Heels’ season finale saw Crystal on top. HL spoke EXCLUSIVELY with Kelli Berglund, who broke down Crystal’s triumphant moment and more.

Crystal took charge and ended up as the new DWL champion in the Heels season finale. With Jack and Ace on the ground after a brutal fight in the ring, Crystal climbed the ladder and snatched that championship belt. Considering she started out as just a valet, this is an incredible achievement for Crystal.

So where does Crystal go from here? Kelli Berglund told HollywoodLife EXCLUSIVELY that Crystal’s likely “freaking out” a little bit. She admitted that Crystal’s win will be an “adjustment” for everyone in season 2, and she also wants to learn more about Crystal’s troubled family. Read our Q&A below: 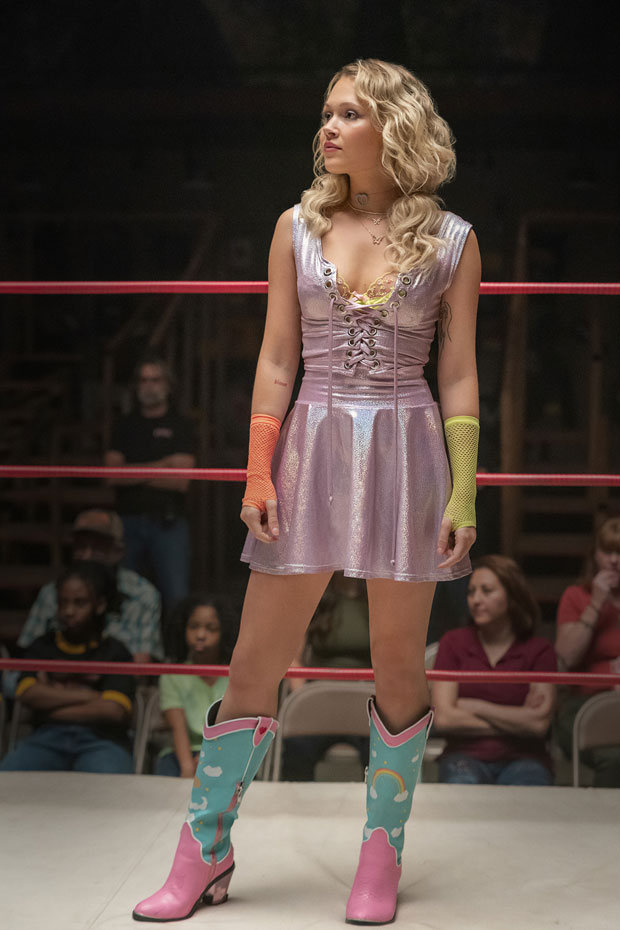 Crystal’s the new champion! What was your reaction when you read that in the script? I feel like at the beginning of the season, Crystal was probably the last person we would have expected to be on top.
Kelli Berglund: I love it for that reason. We’ve been rooting for Crystal this entire time and we want to see her win, but I don’t think we ever expected her to be the one climbing the ladder, which is why it’s such a shock. It was such a shock to me when I read it. It made me cry. It was exciting. It felt like a full-circle moment for her. Even now, every time that I watch the episode it still gets me. I still cry because on the day when we filmed it, I was crying as I was walking up there,

True Thompson, 3, Is Just As Athletic As Her Daddy During Visit To The Trampoline Park With Mom Khloe