Heather Dubrow, 53, has had a firecracker of a season returning to The Real Housewives of Orange County, but apparently there’s even more exciting drama to come! “I’ve never ended a season like this before so that was sort of weird and interesting and cool,” the 53-year-old stated during an EXCLUSIVE interview with HollywoodLife while promoting her new show with husband Terry Dubrow, 7 Year Stich. “And then the connectivity between the cast and the real relationships between several cast members is such an amazing foundation to then move forward with for the next season. I have no idea where it goes from there, but it’ll be interesting to see.”

Heather also revealed she “invited” Tamra Judge, 54, to an event while filming, but it “didn’t work out” in the end. “I asked her to come back this year,” Heather stated, adding how she still texts with the RHOC alum and lauded her “amazing run” on the show. “I think that one of the things the audience was looking for was a connectivity between the cast,” she shared. “I haven’t watched since I’ve been gone but my understanding is that really hasn’t been there, so I feel like this season has been a very transitional season and by that respect, and by the end of the season, I think the audience is gonna be really happy with where it ends.” 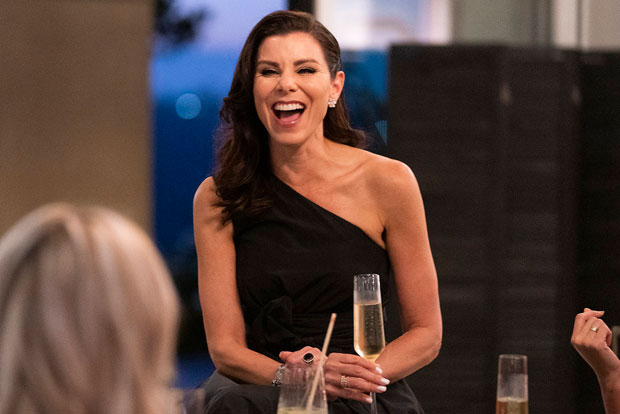 The mom-of-four went on to share how she and Terry were already filming for their new E!

5 TV Stars Who Fell Into Their Job