Halle Bailey Insists She Didn’t Get ‘Boob Implants’ After Fans Hound Her: This Is ‘God’s’ Work 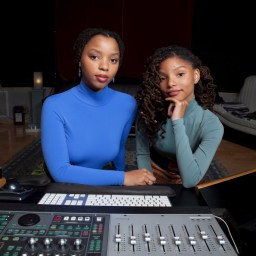 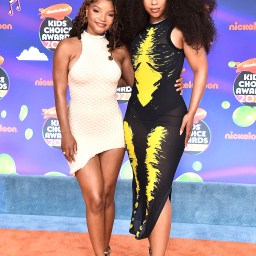 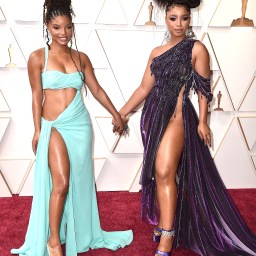 Gorgeous! You can’t miss Halle Bailey‘s stunning good looks and fit figure, which seem to be causing rumors about her physique. So, The Little Mermaid reboot star took to Twitter to explain that she’s all-natural! “lmaooo not y’all thinking i got boob implants whattt” the gorgeous actress tweeted on April 13.  “No ma’am God gave me these and gave chloe the booty.” It’s unclear who started the rumor that Halle has breast implants, but fans rallied behind her on Twitter.

“Exactly sister TELL THEM” reads one fan response to Halle’s tweet, while another tweet says “bc they don’t think it’s possible for a human to have such gorgeous boobs me neitherrrr.” Halle is definitely known for some eye-catching and curve-hugging dresses. The younger half of R&B duo Chloe x Halle wore a lavish crystal two-piece Miu Miu ensemble for the designer’s fashion show in October 2021, and a gorgeous teal dress at her first Academy Awards appearance in March alongside equally beautiful older sister Chloe Bailey.

Halle grabbed headlines when she was perfectly cast as the iconic Little Mermaid in Disney’s live action remake, which will hit theaters on May 26, 2023. Since then, the siren has been photographed wearing a burlap sack for the remake of the memorable scene from the beloved 1989 cartoon version, and she’s shared a photo of herself in the water as the Disney princess.

The Bachelor Presents: Listen to Your Heart Pros, Cons, and the Winning Couple

‘Star Wars: Rogue Squadron’: Release Date, Cast, & Everything We Know About Next Film