Gwen Stefani’s Son Kingston, 15, Is So Tall As He Runs Errands With His Mom – Photos

Gwen Stefani’s son Kingston towered over her as they kept it casual and dressed comfy for their weekend shopping trip.

Gwen Stefani’s, 52, mini-me Kingston Rossdale, 15, isn’t so mini anymore. The teenager sure has grown up fast as he now stands a couple of inches taller than his mom. The “Rich Girl” singer wore an adorable navy blue set of sweats that read “Anaheim Hillbillies” and stylish hiker boots as she walked side-by-side with her son as he wore jeans and a black T-shirt. The two also donned face masks as Kingston held a big box for his mom which looked like it contained liquor. Click here to see the pics.

Former No Doubt band member has been there for her eldest son and his younger siblings, Zuma Rossdale, 13, and Apollo Rossdale. She recently took the three on a family outing and treated them to ice cream at the Beverly Glen Deli in October 2021. She has also spent time with them around her ex-husband and their father Gavin Rossdale. 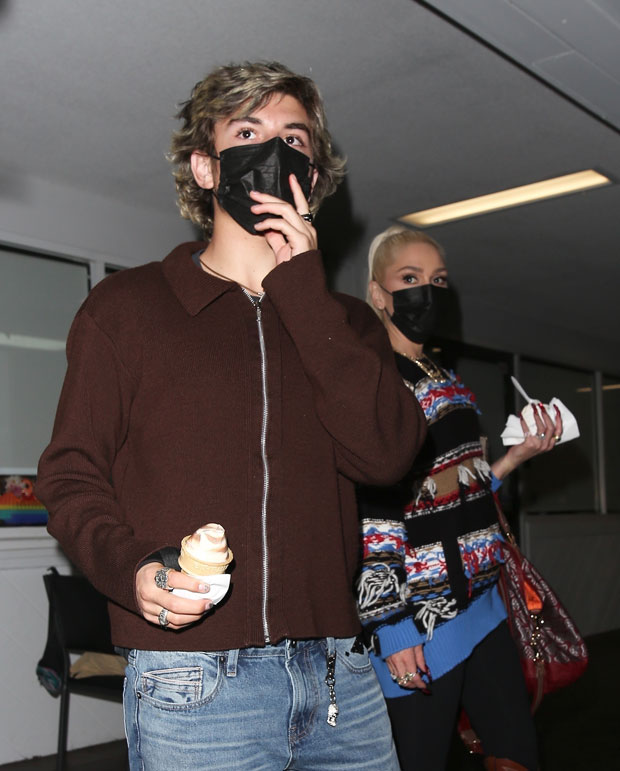 Kingston Rossdale during the ice cream outing with his family. (BACKGRID)

There have been a number of co-parenting reunions at their youngest son Apollo’s baseball games. Gwen has brought her current husband Blake Shelton to these occasions as well and they have seemingly been pleasant and drama-free. Everyone seems to come together for these events to support the baby of the family.

The two Voice judges announced that they were dating in November 2015, just after their respective divorces. Even though they didn’t end up being on the show together for long,