Rue’s downward spiral continued on the new episode of ‘Euphoria,’ while Nate and Cassie’s secret relationship got more intense. However, he’s still got a thing for Maddy.

Rue’s relapse is getting harder and harder to hide. She decides to find a cover drug and tells Gia that she wants to start smoking weed. The sisters get into a huge fight over it, and Rue begins to gaslight Gia. A tearful Rue tells Gia that she’s thinking about suicide. Gia falls in line with letting Rue smoke weed because of that.

Cassie is now getting up at 4 a.m. to get ready for school. It’s all to impress Nate, but he ignores her every single day. Cassie believes her ritual beauty routine is “her way of telling him that she was his.” There’s one time that she gets Nate to stop in his tracks, and it’s when she’s dressed like Maddy. 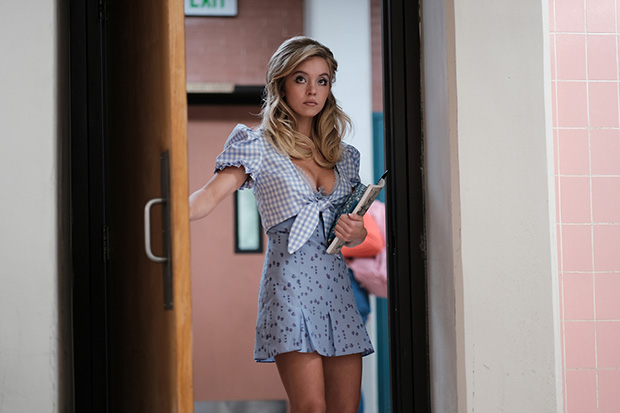 At one point, Cassie imagines spilling the beans about everything to Maddy, Kat, Lexi, and others, but she never says a word. Even though Nate ignores her at school, they’re still seeing each other. Cassie comes over every Friday night for a screw-fest.

Rue goes to Fez and asks her to front her drugs. Fez doesn’t play along with Rue’s games. He refuses to let her sell any drugs. Rue goes right to the source and pitches her plan to drug lord Lori. Lori gives her a suitcase filled with $50,000 worth of drugs. She says that Rue will have to pay up and re-up in a month. If Rue doesn’t pay, Lori will have her kidnapped and sold to some “real sick people.” At the end of the day,

Gwen Stefani’s Son Kingston, 15, Is So Tall As He Runs Errands With His Mom – Photos

‘Sister Wives’: Christine Kicks Kody Out After He Says He Doesn’t Want An Intimate Marriage