SNL‘s ‘Donald Trump‘ took after OJ Simpson as he bolted from the White House! In a hysterical news inspired sketch, host Dave Chappelle‘s ‘DC Morning’ host handled the breaking story that Trump was on the run in a white Bronco — just like OJ did in June 1994 following the murder of Nicole Brown Simpson. “The President has left the White House in a white Ford Bronco,” Dave’s host explained to the audience, as the screen went to footage that looked like OJ’s infamous chase. 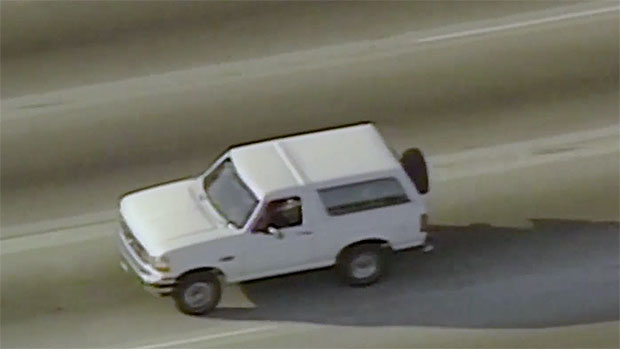 ‘Donald Trump’ is on the run in a white bronco in an ‘SNL’ sketch. The car is a clear reference to OJ Simpson’s 1994 chase. (NBC)

“‘Don Jr.‘ is at the wheel,” he explained, noting that it was a “volatile” situation following Trump’s loss to President-elect Joe Biden: “He’s like Aquaman but instead of fish he can summon an entire parking lot of a Cracker Barrel!” While on the air, the anchors also got a live call from ‘Don Jr.’ to 911. “This is Don Jr. I have the President in the car,” he reasoned. “This is not about me — but you gotta tell the police to back off. Or my dad is going to start the campaign for 2024. He has the tweet written and ready to go,” he threatened.

“The President is still claiming fraud and threatening lawsuits…once Trump’s term ends, he’s suddenly a private citizen with no immunity.

Matty Cardarople Talks ‘A Series of Unfortunate Events’ and More

Iggy Azalea’s Son Onyx Kelly: Everything To Know About Her Kid With Playboi Carti