Here is a look at the tragedies leading to Demi Lovato’s 2018 overdose, and the triumph of her recovery.

After six years of sobriety, Demi Lovato found herself at a dark moment in March 2018. After two decades in show business, the then-26-year-old Demi was deeply depressed. So, she turned to a familiar comfort. “I remember thinking to myself, I don’t even know why I’m sober anymore. I’m so miserable,” the now 28-year-old singer/songwriter/actress said in her YouTube Originals docuseries, Demi Lovato: Dancing With The Devil (which premiered on March 23). “I picked up a bottle of red wine that night,” she said. 30 minutes later, she called up someone she knew that had drugs on them. “I’m surprised that I didn’t OD that night.”

Four months later, Demi was dying. On July 24, 2018, Demi was discovered unconscious by her then-assistant, Jordan Jackson. The singer had overdosed on opioids and was, according to Lovato, about “five to ten” minutes from death when the paramedics arrived. Jackson remembered watching them “try to bring her back to life. There was one point where she turned blue, like her whole body…I was like, she’s dead, for sure. It was the craziest thing I’ve ever seen,” per E! News. Demi was rushed to Cedars-Sinai Medical Center in Los Angeles, where she woke up legally blind in an intensive care unit. Demi spent the following two weeks in the hospital, but the effects of that night linger to this very day. 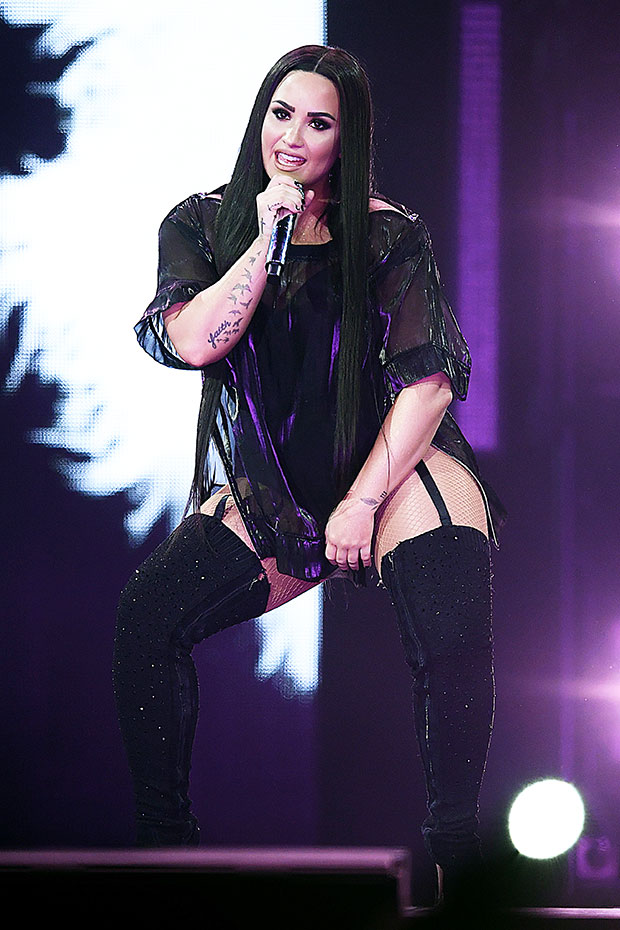 Dancing With The Devil is a “refocusing of her narrative,” per Billboard. Demi was filming a completely separate,

Brooke Shields, 56, Rocks A Strapless Red Swimsuit As She Goes For A Dip On Thanksgiving — Photos

Find Out Why Larsa Pippen Slid Into Elon Musk's DMs