‘The Lost City’ screening was also a date night for Daniel Radcliffe and Erin Darke! The private couple looked so in love as they posed for photos on Daniel’s big night in New York City.

Daniel Radcliffe and girlfriend Erin Darke are one adorable couple! The pair made a rare public appearance together at The Lost City screening in New York City on March 14. Daniel and Erin looked lovingly at one another while taking photos together. 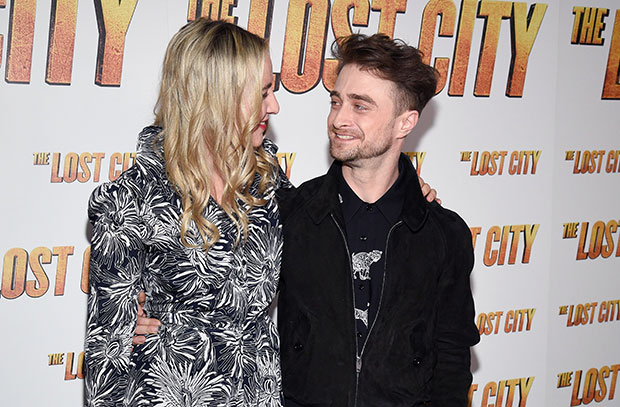 The couple color-coordinated for the screening in black and white outfits. The Harry Potter alum wore a black jacket and pants, along with a printed black and white shirt underneath. Erin rocked a pretty black and white printed dress with black tights.

Daniel and Erin have been together for nearly a decade now. The couple started dating in 2012 after meeting on the set of the film Kill Your Darlings. Erin recently guest-starred in a 2021 episode of Daniel’s show Miracle Workers.

Daniel, most widely recognized for his role as the titular character in the Harry Potter franchise, plays a full-fledged villain in The Lost City. He stars as Abigail Fairfax, a billionaire criminal who kidnaps Loretta Sage, played by Sandra Bullock, in order to find the lost city from Loretta’s book that he believes is real. The movie also stars Channing Tatum, Da’Vine Joy Randolph, Patti Harrison, and Brad Pitt.

Sandra admitted that Daniel was the one star on The Lost City she had to ask for an autograph.

Carson Daly’s Wife: Everything To Know About Siri Pinter As They Celebrate 6 Years Of Marriage

The New Bachelorette: 5 Women Who Could Return To Try & Find Love For Season 19