The comedian had previously warned audiences that he hadn’t written any material about the slapping incident and was still ‘processing’ it.

Chris Rock is an all-around standup guy! The comedian immediately hopped in and stopped an audience memberwho yelled,  “F**k Will Smith” during his comedy show at Boston’s Wilbur Theater on Thursday March 31, per People. Chris, 57, put a halt to the heckler by responding, “No, no, no, no, no…” The appearance was the Tambourine comedian’s second show since the slapping incident with Will, 53, at the Academy Awards on Sunday. 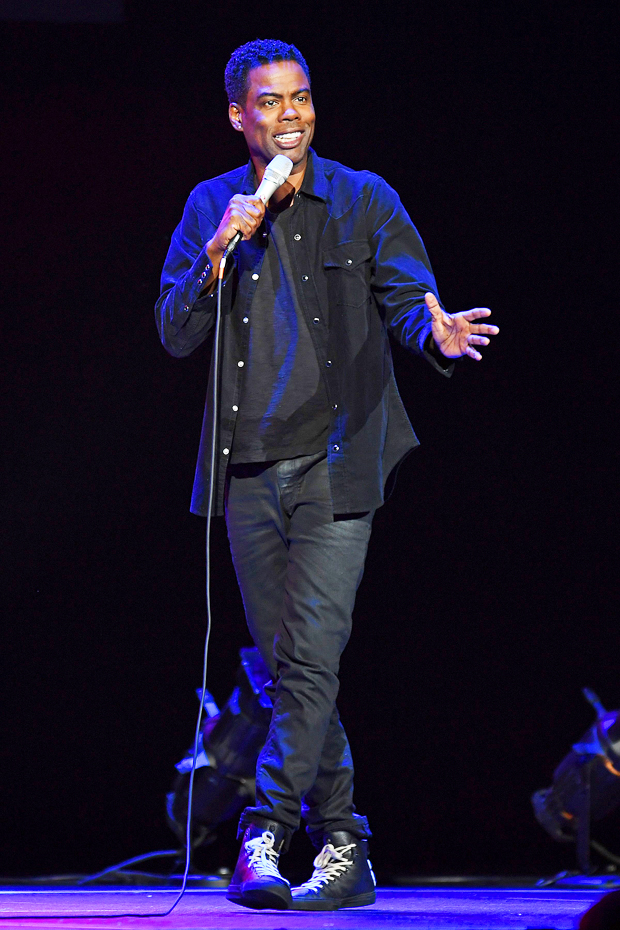 Chris stopped the chants, while performing in Boston. (Larry Marano/Shutterstock)

During Chris’ first show since the incident at Boston’s Wilbur Theater, he’d given the audience a heads up that he wouldn’t be addressing the incident with Will on Wednesday. A few audience members chanted for Chris to “sue him,” but the comic brushed off the crowd’s chants on the incident. “I don’t have a bunch of s**t about what happened,” he said. “I had like a whole show I wrote before this weekend. I’m still kinda processing what happened. So at some point, I’ll talk about that s**t. So I’m gonna tell some jokes It’s nice to be out.”

After the gig, the Everybody Hates Chris star seemed like he was in good spirits, smiling at fans from his car, as he got a lift away from the venue. Since the award show on Sunday, Will has also offered an apology to Chris, and the Academy announced that it would be launching a formal review into the incident. “I would like to publicly apologize to you,