Chris Brown’s had a very high-profile love life. From his relationship with Rihanna to welcoming children with Nia Guzman and Ammika Harris, take a look back at the singer’s romantic history.

Since catapulting into the spotlight at such a young age, Chris Brown‘s personal life has been front and center. The young R&B singer’s love life has really taken center stage. From scrutiny over his relationship with Rihanna to welcoming two children with previous flames, Chris’s personal life has become a topic of conversation amongst his devoted fans. Now, we’re taking a look back at the women he dated. 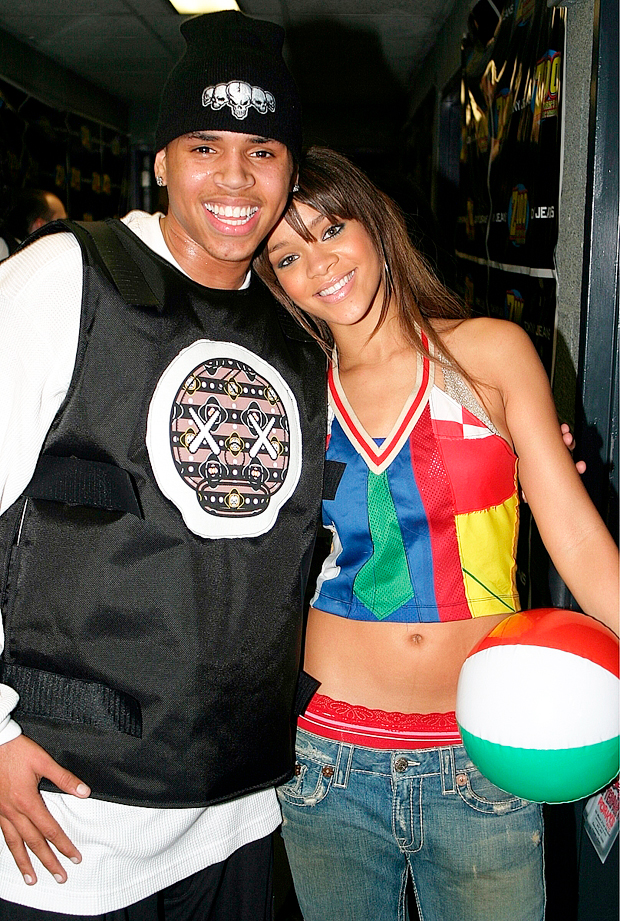 Chris Brown & Rihanna backstage at the 2005 Z-100 Jingle Ball held at Madison Square Garden in New York City on December 17, 2005 [AP].Between 2007 and 2009, Chris was in a high-profile relationship with Rihanna. The two singer’s started out merely as friends in the mid-2000s before their platonic relationship blossomed into a romance. The couple’s romantic partnership was further scrutinized in February 2009, when Chris physically assaulted Rihanna following an argument that escalated into a physical altercation.

By June 2009, Chris pleaded guilty to a felony assault months after images of Rihanna’s beaten face surfaed. He was ordered to serve community labor, five years probation and submit to domestic violence counseling. Four years after the assault, Rihanna and Chris got back together in early 2013. By May 2013, however, the two went their separate ways.

Both Chris and Rihanna have spoken in detail about their relationship in the past, a romance that has become a pivotal point in Rihanna’s personal life and practically redefined Chris’s career trajectory. Rihanna, notably, opened up to Oprah Winfrey, about their romance in 2012. “We love each other and we probably always will.

Read These Helpful Tips Before Visiting a Casino