The actor admitted that he and the ‘Miss Congeniality’ star had to shoot a ton of takes, because he kept laughing at one of his lines.

Nude scenes must always be awkward, but filming them over and over again sounds even more so! Channing Tatum, 41, admitted that he and Sandra Bullock, 57, got close very quickly while filming their upcoming movie The Lost City, because they had to film a scene where he was naked so many times, because he couldn’t help but laugh at some of his hilarious lines. The actor opened up about doing the scene “like 50 times” in an upcoming interview on Ellen.

Channing admitted that with the movie being so funny, he and Sandra couldn’t help but laugh while working on it. He did say that the naked scene came on one of his first days working on the movie. “We broke all the time,” he said. “That was day two of filming. I basically walked in. You’re like, ‘Hey my name is Channing. I don’t know very many of you yet, but we’re about to get to know each other really well.‘” 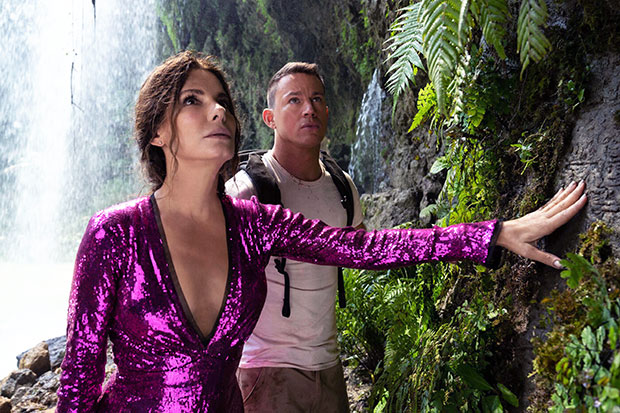 Given what a funny movie it was, he revealed that as Sandra was “looking right down the barrel” of his butt, one of his lines was hard to get a good take of, because it was just so funny. He said he had trouble getting “They’re sucking on my butt like a Jamba Juice” down! “When that line came out,

How to Find a Home That’s Right for You

‘Before The 90 Days’ Preview: Mahogany Turns The Tables On Ben & Accuses Him Of ‘Deceiving’ Her