Brooklyn & Nicola are getting ready to walk down the aisle together. See the gorgeous young couple’s relationship timeline here!

Brooklyn Beckham and Nicola Peltz are expected to tie the knot very soon, making the two young stars one of Hollywood’s hottest married couples! If all goes as planned, the 23-year-old fledgling chef and the 27-year-old heiress/actress will say “I do” at Nicola’s family estate in Palm Beach, Florida on Saturday (April 8) in front of a star-studded guest list. The impending nuptials, which had been sidelined for some time over Covid concerns, came almost two years after Brooklyn asked Nicola to be his wife. 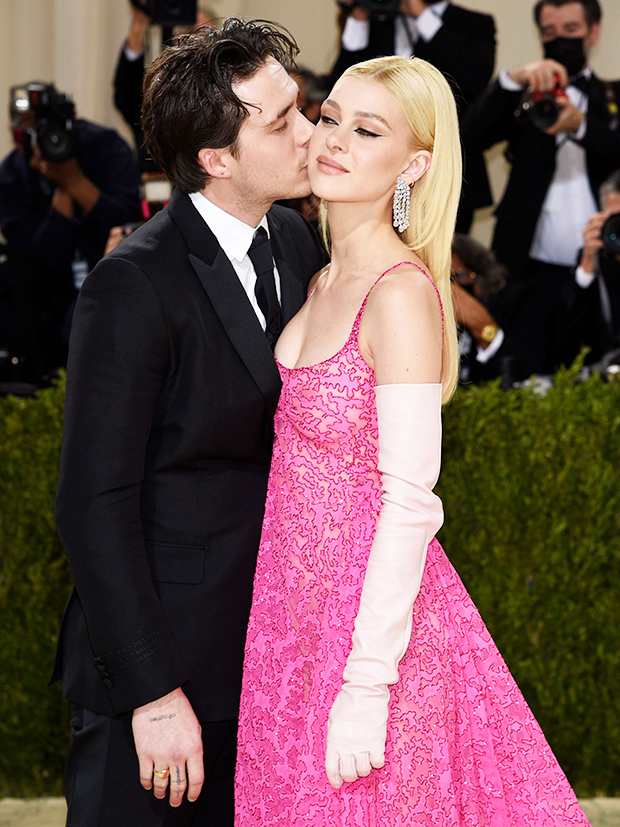 When the engagement made headlines, Brooklyn’s very famous parents, soccer star David Beckham and former Spice Girl Victoria Beckham, gave their stamp of approval on the coupling. “[Nicola] is just wonderful,” Victoria said on Lorraine . “She’s sweet, she’s kind, she’s such a lovely, warm, wonderful, wonderful woman. We couldn’t have asked for Brooklyn to meet a more adorable, lovely lady. We are very happy. We love her. He’s so happy.”

As David and Victoria join the growing group of supporters cheering on the young couple’s romance, let’s take a look at where it all began for Brooklyn and Nicola with a relationship timeline, below.

Brooklyn and Nicola are first linked in October 2019.

Before Brooklyn and Nicola only had eyes for each other, they had a few relationships with other A-listers in between. Brooklyn broke up with model Hana Cross in August 2019 after dating for almost a year. The former couple spent many outings with Brooklyn’s famous parents and they were even spotted together at the Cannes Film Festival.

Michael Jordan Sends Support to Protestors: ''We Have Had Enough''