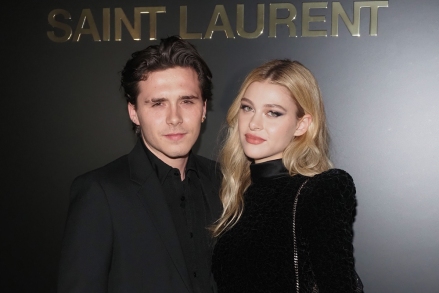 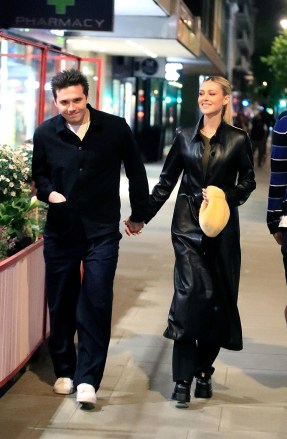 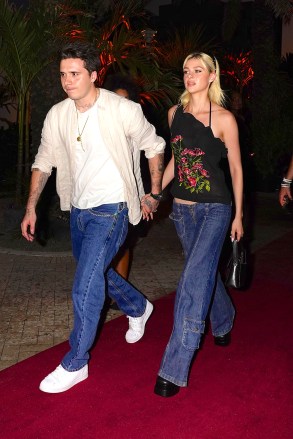 Brooklyn Beckham, 23, and his wife Nicola Peltz, 27, seem to be going as strong as ever! The pair were photographed on May 12 holding hands during a night out in London. They both rocked black minimalist outfits, while Nicole gripped a fluffy yellow designer purse in her hand by designer Bottega Veneta. 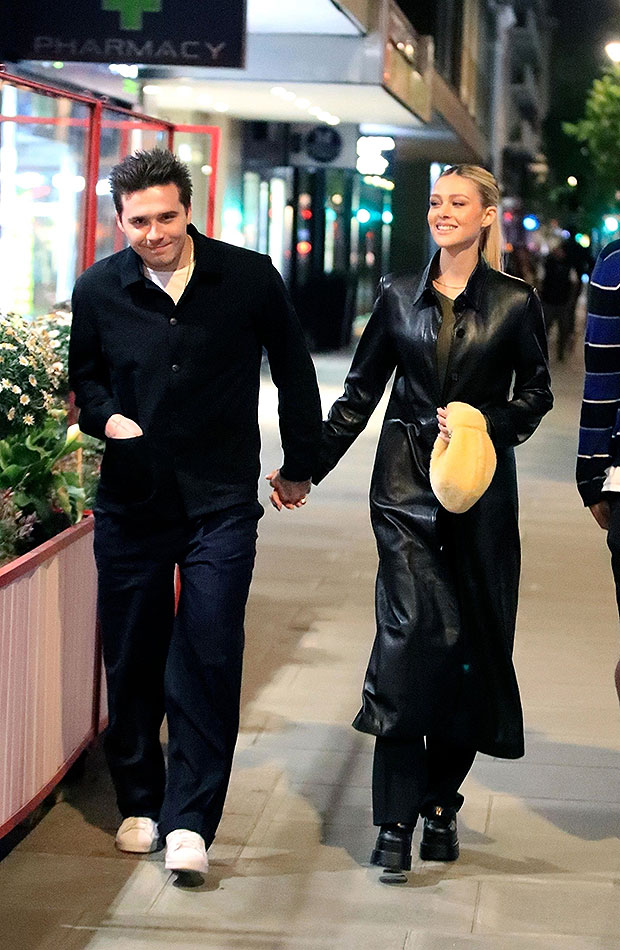 Brooklyn Beckham and Wife Nicola Peltz in London on May 12, 2022 (BACKGRID)

Afterwards, the two took to their Instagram accounts to show us an inside glimpse of their relationship. Brooklyn held Nicola in a piggyback position, while she bended her head down to lovingly kiss him on the cheek.

“My baby xx” the caption read. “I LOVE YOU,” his wife responded in all caps, followed by three heart emojis. In the photos, Nicola is wearing a sleek black ponytail, red flare pants, and chunky boots, while her husband is pictured in a plain white t-shirt and a dangly gold necklace. In the photos, Nicola’s large oval diamond ring can also be spotted from a mile away.

This isn’t the first time we’ve seen the couple show some affection in public. On May 8, Brooklyn was seen playfully grabbing his wife’s backside at Miami Beach as the two headed to dinner. A true gentleman, he also lovingly carried the skirt of model Nicola’s mint green gown during a Met Gala after party on May 2. Cleary a fan of the rear end, Brooklyn was seen patting his new wife’s behind yet again during their post wedding brunch on April 10.

Cannabis Beauty: CBD Is An Exciting Area For Innovation