Not only did Britney Spears audition for ‘The Notebook,’ but it was apparently a ‘close call’ as she competed for the role of Allie against Rachel McAdams. Britney wasn’t the only famous name who did a screen test, either!

While it was already known that Britney Spears did a screen test with Ryan Gosling for The Notebook, veteran casting director Matthew Barry is now saying that it was actually a “close call” when it came to the pop star landing the lead role of Allie Hamilton. Of course, that role went to Rachel McAdams because she “aced the audition” despite being a relatively unknown name at the time, according to Daily Mail‘s interview with Matthew. Regardless, the casting director shared a photo of Britney and Ryan beaming at their screen test more than 15 years ago — you can see it here!

Britney talking about The Notebook and how it was the most amazing script she’d ever read pic.twitter.com/aH30a4hTgS

Britney wasn’t the only star in running to play Allie opposite of Ryan’s Noah. At first, the studio allegedly wanted Underworld star Kate Beckinsale for the role, but “there wasn’t chemistry,” the casting director claimed. Allie’s role wasn’t the only one up for debate, either! 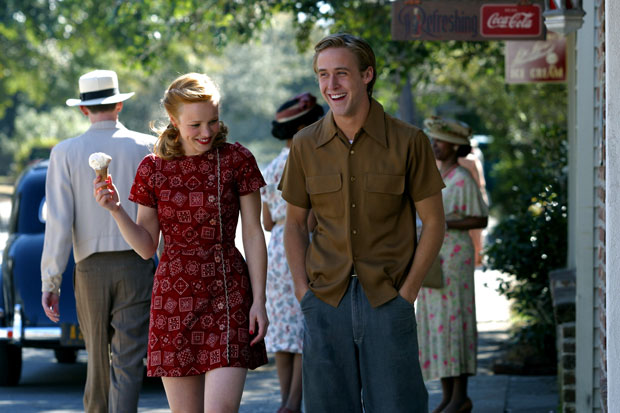 Rachel McAdams (left) and Ryan Gosling (right) are pictured here in the romantic drama film, The Notebook, which came out in 2004 and was based on Nicholas Sparks’ novel of the same name. [Shutterstock/Everett Collection]Matthew also said that they “considered” Hayden Christensen (AKA, Anakin Skywalker) for The Notebook. “We went to the opening of whatever Star Wars episode he was in,

It's All Happening: 20 Secrets About Almost Famous Revealed

Succession Recap: We're Not Sure Which of the Roy Siblings Made Us Squirm More

Psychological Aftershock: 5 Life Events That Can Hurt Your Mental Health

Chic Ways to add Some Flair to Your Hallway