Three decades after Boyz II Men burst onto the music scene, the trio will be involved in a Vegas show, alongside some of the other biggest 90s boy groups.

Boyz II Men stars Wanya Morris and Shawn Stockman have opened up about their upcoming Vegas shows. The trio, which also includes Nathan Morris, have been making music for 30 years, and aren’t showing any signs of slowing down. “We’ve gone through a lot, the world has gone through a lot. And, you know, we’ve all been doing this for 30 years. [We’re] focusing on what is more important, which is family. Absolute, unconditional love, you know, the things that are important … Boys ll Men has always been a representative of love and love and music and, and family,” Wanya told HollywoodLife during an exclusive interview at the launch of their Bella Magazine cover. 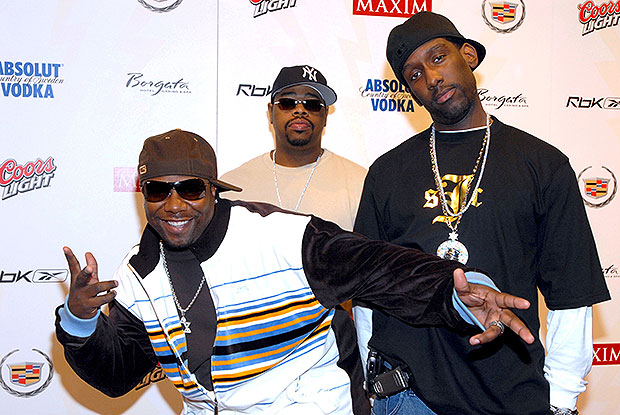 As fans would know, Wanya will join members of three iconic ’90s boy groups to create The After Party in Las Vegas. Backstreet Boys stars AJ McLean and Nick Carter, and *NSYNC’s Joey Fatone will come together for a series of shows at the Venetian Resort from August 19 through August 22, 2021. “There’s no jealousy here, absolutely not,” Shawn joked. “I’m happy for him, I’m actually excited to see the show … it’s gonna be real fun.”

Wanya also reflected on the group’s success over the past three decades. “It feels great that we’re still able to grace covers of magazines after 30 years, that’s always a beautiful time,” he said, adding that the trio were moving into a new industry entirely with their Harmony Wines business.

Meghan Markle's Dad Sends Flowers to Her for 40th Birthday