Blake Shelton Admits He ‘Can’t Imagine Life’ Without Gwen Stefani’s Kids: I ‘Have A Blast’ Being A Stepfather

Blake Shelton opened up about his role as a stepfather to Gwen Stefani’s three sons, ages 6-14, and why he’s ‘very serious’ about being a stepparent, but also making room for fun!

Blake Shelton is so incredibly proud to be a part of Gwen Stefani‘s life as he helps her raise her three sons! The country crooner chatted with The Ride with Kimo & Heather and got very candid about his role as a stepfather to Kingston, 14, Zuma, 12, and Apollo, 6, all of whom Gwen shares with Gavin Rossdale. “There’s definitely nothing easy about it,” the singer, 44, confessed.

“I don’t know if it’s as hard, or harder than being a biological parent. I have a stepfather in my life who is one of my heroes,” Blake revealed to the show’s hosts. “I love my stepfather and he’s like a father to me, so I have a good inspiration in my life on how to do this and the kind of stepdad I want to be.”

With that in mind, Blake confessed that he does take the role of stepfather “very serious, but I also have a blast with it. I’m not gonna lie. I don’t take it so serious that I’m not enjoying this time because I really am, especially now that we’re five years into this thing. I can’t imagine my life without these kids now,” he sweetly shared. 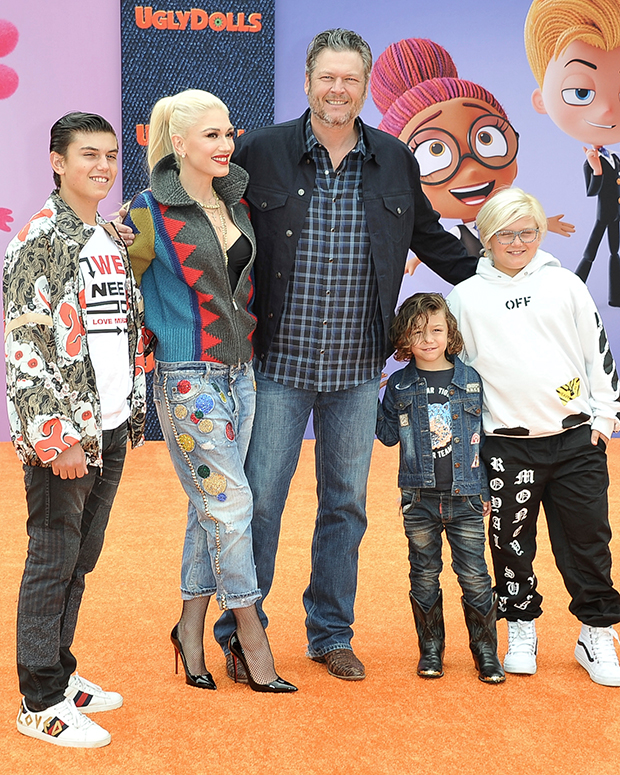 Gwen Stefani and Blake Shelton attend the movie premiere for ‘UglyDolls’ with her three sons in April 2019 [Richard Shotwell/Invision/AP].As it turns out, Blake has been so conscious of his role as a stepfather, that he incorporated Gwen’s three boys into his proposal to his lady love.

Madelyn Cline Spotted Hanging Out With Zack Bia After Split: See the Pics