Billy Ray Cyrus’ Kids: Everything To Know About The Country Star’s 6 Children

Miley Cyrus might be Billy Ray’s most well-known child, but the country singer is a proud dad to five other kids. Here’s everything to know about star’s other children, including rising artist Noah.

Billy Ray Cyrus is a multi-platinum selling country singer revered for his iconic mullet and hit songs, including “Achy Breaky Heart,” but to his children, he is simply dad. Perhaps you’ve heard of a few of them. The country star, 60, shares Miley, 28, Noah, 21, and Braison, 27, with his longtime wife Tish, whom he wed in 1993. He is also stepdad to Trace, 32, and Brandi, 34, whom Trish shares with ex-husband Baxter Neal Helson. Billy Ray also shares another son, Christopher Cody, 29, with ex-girlfriend Kristin Luckey, making the country star a father of six.

While on the red carpet at the 2015 Country Music Awards alongside daughter Brandi, Billy Ray gushed about his “creative” children when asked what he was the most proud of when it came to his kids. “I’m just proud they’re happy and that they’re doing what they love,” he told E! News. “All the kids are creative. They love writing songs, singing, and acting — and for me to see my kids be happy, that’s all I can ask for as a dad.” Below is everything to know about the country star’s “creative” kids! 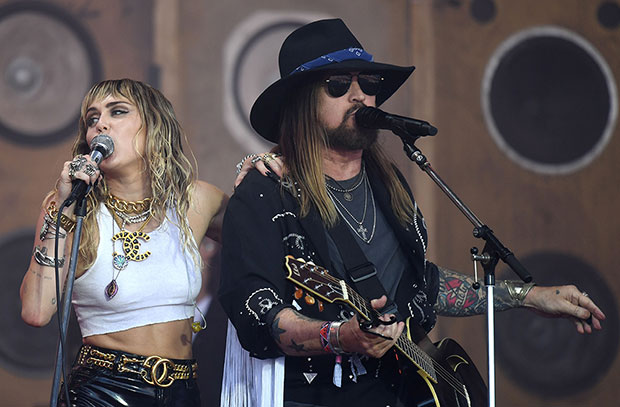 Miley probably needs no introduction, but here is a brief one anyway: Billy Ray shares the singer, songwriter, and actress with wife Tish. She rose to prominence with her role as Miley Stewart/Hannah Montana in the 2006 Disney Channel sitcom Hannah Montana,

Target's Fall Designer Collection Is Here: Everything You Need to Know