Find out everything you need to know about the ZZ Top rocker’s relationship with his longtime wife Gilligan Stillwater.

Billy Gibbons is a rock icon. He kicked off his career in the late 60s with the band Moving Sidewalks, before forming ZZ Top, which dropped their first album in 1971. For over 50 years, the band have remained one of the most beloved rock acts of all time, with 15 albums under their belt and countless tours. Billy and the rest of the band, including late bassist Dusty Hill, are considered rock royalty, including being inducted into the Rock and Roll Hall of Fame. Throughout much of his career, Billy, 72, has had his wife Gilligan Stillwater, 57, by his side. Find out more about Gilligan here!

Gilligan and Billy have been married since 2005 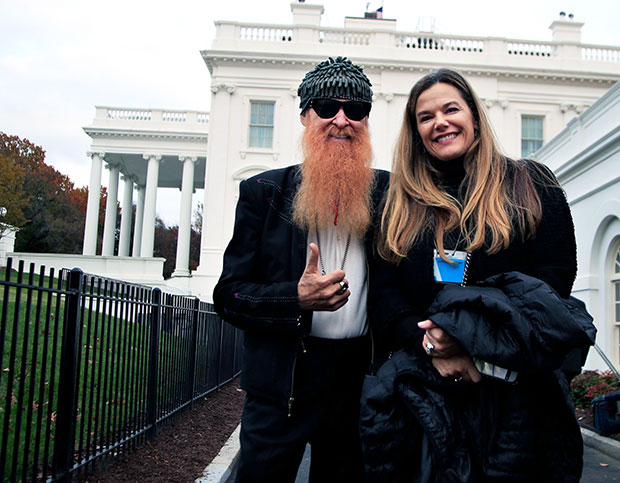 Billy and Gilligan pose at the White House in November 2017. (AP/Shutterstock)

Gilligan has been Billy’s first and only wife throughout his lengthy career. While she’s accompanied him to a number of different events, she’s mostly kept a low profile. Billy opened up about the decision to hold off on marriage until later in life in a November 2017 interview with Rolling Stone. “I could have gone down the aisle a number of times, but I came to the conclusion that this life is too short and you got to do everything you can while you can,” he said.

The “Sharp Dressed Man” rocker clearly has been enjoying the married life in the nearly two decades since the pair tied the knot. “I finally said, ‘OK, let’s try it out.’ It’s been a splendid thing,” he told Rolling Stone.

Chucky Set To Slash Up The Small Screen In “Child’s Play: The TV Series”