The ‘Pretty Little Liars’ alum and her rapper ex sparked reconciliation rumors once again as they appeared to get close during a night out in West Hollywood.

Giving it another go? Ashley Benson and G-Eazy created quite the stir as they were spotted out together for the second time in two weeks following their split 10 months ago. The Pretty Little Liars alum and her rapper ex, both 32, enjoyed a cozy night out in West Hollywood on January 7. Ashley donned a stylish black overcoat with a crisscross patterned shirt underneath for the date night, while G-Easy kept it cool in a grey hoodie and brown leather jacket. 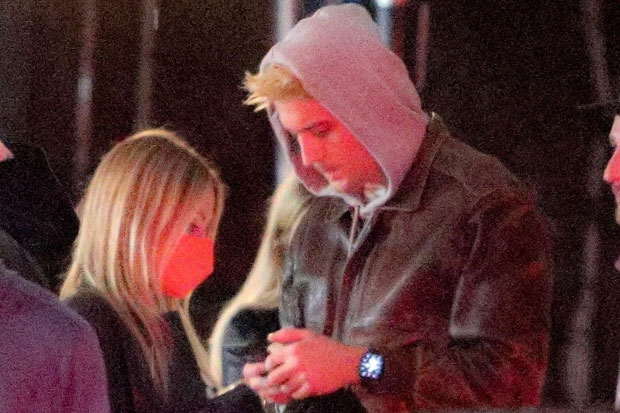 Ashley Benson and G-Easy seen out in Los Angeles on January, 7, 2021 almost 10 months after they split. (BACKGRID)

The sighting comes after the pair were seen grabbing some lunch in the tony neighborhood of Los Feliz in Los Angeles the day after Christmas, according to reports. The news may come as no surprise to fans, as Ashley was also snapped in April getting into the “Lights and Camera” hitmaker’s black Ferrari in Pasadena, California, per the Daily Mail. The former couple can’t seem to keep it in the “former” category with all these public outings!

Back in February of 2021, Ashley and G-Easy reportedly called it off after being hot and heavy for almost 9 months. Eagle-eyed followers noticed at the time that the pair, who first sparked romance rumors in May 2020, unfollowed each other on Instagram. Although there was speculation the breakup came out of nowhere, a source close to Ashley told HollywoodLife EXCLUSIVELY that there was a reasonable answer to why the pair called it quits.

Hannah Brown Tearfully Apologizes For Using Racial Slur: ‘I Want To Be Part Of The Solution’