Arnold Schwarzenegger tried his hand at being a barber for son Patrick, and the questionable results had the father-son duo (and their fans on Instagram) laughing!

The Terminator may not be the best barber, but he sure is cheap! Arnold Schwarzenegger, 74, hilariously turned himself into a makeshift hairdresser for son Patrick Schwarzenegger, 28, when he needed a cut on the fly. In a video shared on Patrick’s Instagram, Arnold uses a pair of comically huge silver scissors to hilariously butcher Patrick’s haircut…luckily, the two had a laugh about it. As far as Patrick was concerned, the ordeal was a win, and he captioned the post: “Saved 50 bucks today.”

In the hysterical clip, Patrick filmed the big chop vlog-style and wasn’t able to hide his reactions, from laughter to straight-up skepticism. As Arnold stayed focused on his enormous clippers and the task at hand, Patrick tried to give viewers a closer look at the action as he chuckled, asking his dad: “Let me see those scissors!” Hilariously, Arnold was so focused he didn’t even respond, making it clear to Patrick he’ll need to be patient while the magic happens. 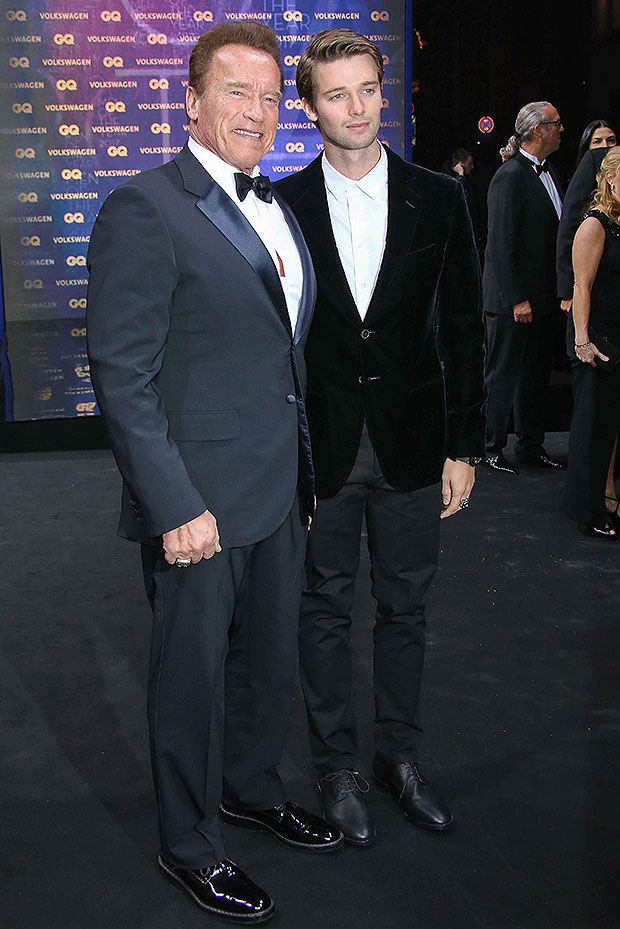 Patrick is Arnold’s eldest son with his ex-wife Maria Shriver; his older sister Katherine Schwarzenegger is married to Chris Pratt. Thrust into the spotlight from an early age, Patrick has taken to it well and has built a successful modeling and acting career, even briefly dating Miley Cyrus from 2014 to 2015.

Though Arnold and Maria split in 2011 after Arnold’s affair with Mildred Patricia Baena and his resulting illegitimate son Joseph Baena came to light,

'Keeping Up with the Kardashians' Not Filming Kanye's Bipolar Episode

Katharine McPhee Reveals She Struggled ‘Psychologically’ With Her Body During Pregnancy