‘And Just Like That’ Recap: Miranda Makes A Decision About Her Marriage To Steve

Miranda decides to take a chance on her relationship with Che, while Charlotte tries to lessen an awkward situation with Lily during the January 20 episode of ‘And Just Like That.’

Miranda goes to see Che speak at an LGBTQIA+ event and spots Brady with Luisa in the crowd. Miranda tries to avoid being seen at all costs and bolts from the event. Che spots Miranda leaving the event in a shady way.

Later, Miranda returns and brings Che an iced coffee. All this time, Che thought Miranda was in an open marriage. Miranda explains that’s not necessarily what’s going on at the moment. “Why did you even put yourself out there if you’re not available?” Che asks. 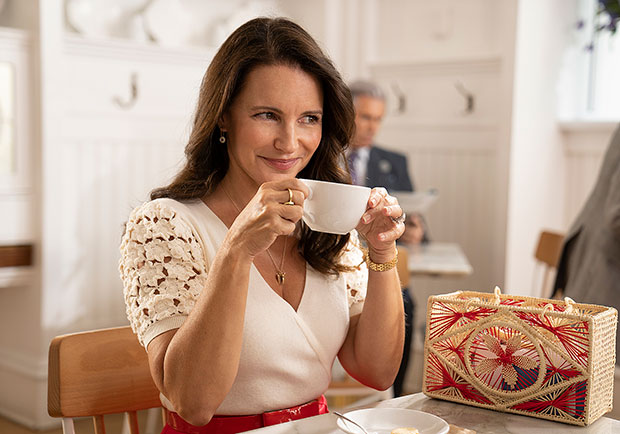 Miranda says this all happened “so fast” and the situation is complicated. Che is open about a lot of things, but they don’t cheat, sneak around, or lie. Until Miranda figures out her life, Che is ending things between them.

Seema stops by Carrie’s place to bring some food over. Carrie has been going through her entire life’s wardrobe. Lily has been helping her organize it all. At one point, Carrie brings out the Versace dress she wore in Paris. That night, Carrie’s young neighbor and her friends party up a storm on the front steps. Carrie wonders how the neighbor can afford her apartment at such a young age. When they keep Carrie up, she finally snaps. But nothing changes.

Charlotte pushes Harry to wear an aura ring to track his health. As part of the deal, Charlotte prepares to give Harry head. Lily shows up unexpectedly and Charlotte slams the door on her head so she won’t see.