Miranda and Che cross paths again after their steamy encounter, while Carrie goes on her first date after Big’s death in the all-new episode of ‘And Just Like That.’

Carrie writes a brand-new book about love and loss over a period of time. Her editor wants to fast-track the book for the Christmas season and notes that it’s a real departure for Carrie. While the book is good, the editor wants Carrie to give the readers a little bit of hope after losing Big. She mentions Carrie dating again and says it would be great for Carrie to go on a date in the next few weeks.

That’s easier said than done. After thinking about it, Carrie starts to question whether or not her memoir, Loved & Lost, is too heavy after all. But then Oprah’s Book Club is interested in featuring Carrie’s book so she rethinks dating. 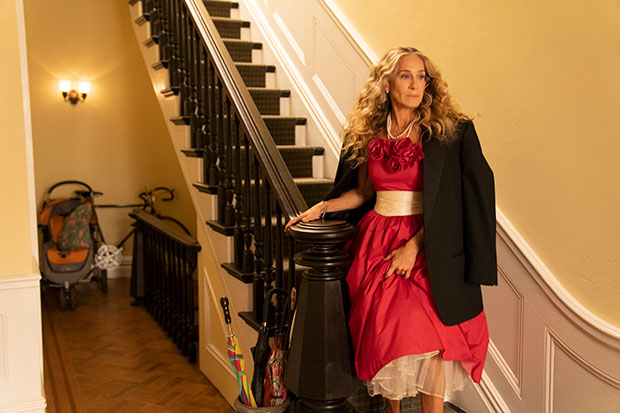 Seema later reveals to Carrie that she’s already put her on 3 dating apps. Carrie is a little nervous and stresses that sex is off-limits indefinitely. Carrie admits to Miranda that the thought of having sex with anyone other than Big makes her sick.

Miranda opens up about the Che situation and says Che never answered her message. Miranda thinks the “most transcendent sex” of her life will never happen again. Carrie wonders if Miranda could revive her sex life with Steve, and Miranda starts to consider it in the wake of Che ghosting her.

Miranda crosses paths with Nya and her husband at the farmer’s market while she waits for Steve to find her.

Michael B. Jordan Calls On Hollywood To ''Invest in Black Staff'' During L.A. Protest

How to Connect With Deceased Loved Ones Before the New Year