How Adele’s BF Rich Paul Has Been ‘A Rock’ After Las Vegas Show Drama: ‘She’s Leaning On Him’

Adele’s boyfriend Rich Paul has been “there 100%” for the singer after her canceled Las Vegas show: ‘They are going to right the ship together.’

He’s taking it easy on her! After Adele, 33,  broke down in tears announcing the cancellation of her highly-anticipated Vegas residency, rumors swirled about where boyfriend Rich Paul, 40, fell in the situation. After The Sun reported that the singer was in Beverly Hills working to ‘fix’ her ‘strained’ relationship, Adele clapped back on Instagram, stating that Rich “sends his love.” Now, HollywoodLife has EXCLUSIVELY learned that contrary to reports, Adele and Rich’s relationship is stronger than ever, and he’s been her “rock” through the entire “ordeal.” 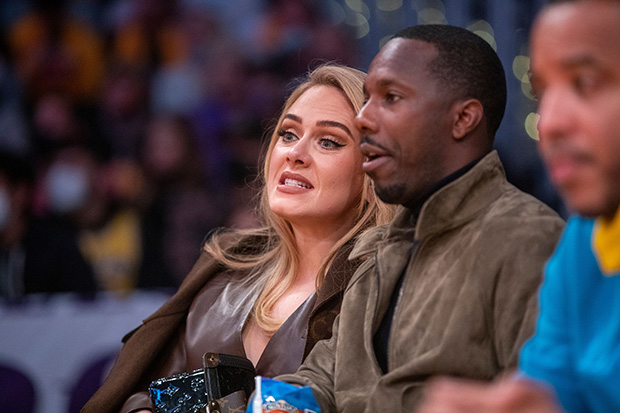 Adele’s boyfriend Rich Paul has reportedly been a “rock” as she works to reschedule her Vegas shows. (Allen J Schaben/Los Angeles Times/Shutterstock)

In an unlikely power pairing, Adele was first spotted publicly with Klutch Sports CEO Rich in July 2021, when the pair attended Game 5 of the NBA Finals. The pair may be in different lines of work, but they share a passion for their careers that’s gone into overdrive as Adele tries to do right by fans after her Vegas cancellation. “They both know that they have to reset and figure this all out,” our insider shared. “They are not only a team romantically, but they are both business-minded.” According to the source, Rich was an “important puzzle piece” in the production of the Vegas show and is already looking towards the future. “He is focused on getting her back on stage,” the source revealed,