Adele Confesses She Eats McDonald’s ‘Once A Week’ Despite 100 Lb. Weight Loss — Watch

Although Adele has shed 100lbs in the past two years, the hit singer insists she still indulges in junk food obsessions such as McDonald’s.

Adele, 33, may have lost 100lbs over the past two years, but she’s not backing away from consuming her favorite foods! In a recent video for British Vogue, the the “Easy On Me” singer shared that she still eats McDonald’s “once a week” and hasn’t given up on her favorite foods. “Just because I lost weight, I [still] know everything there is to know about food! I eat so much food still,” she said in the video, in which she took the “ultimate British taste test,” guessing foods typical to British culture while blindfolded.

The Tottenham, London native revealed that her “death row meal would be “a McChicken Nugget with a Big Mac and then fries — that’s my three courses. I eat it at least once a week!” The singer also boasted about making an “incredible spicy pasta,” sharing that she’s not giving up on the carbs anytime soon. Delish!

While tasting different meals and confections like Fish n’ Chips and Banoffee Pie, the “Hello” hitmaker shared that she learned to cook in her early years from celebrity chef Jamie Oliver. In addition to her “spicy pasta,” Adele said she loves cooking a traditional “Sunday roast” (which typically includes roasted meat, potatoes, and accompaniments such as Yorkshire pudding) for her son, Angelo. 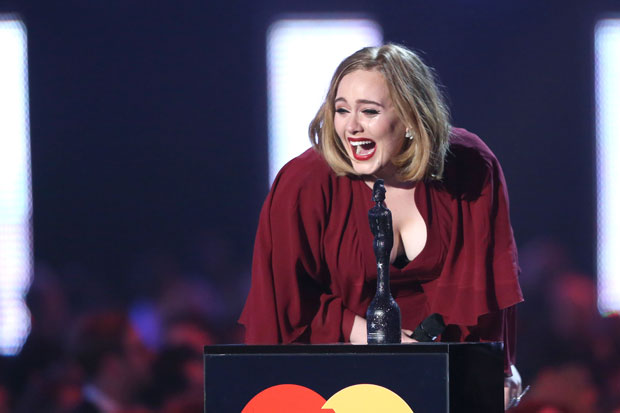 When speaking with Vogue about her incredible weight loss, Adele shared that it was because of her “anxiety” that she took on working out with a personal trainer,