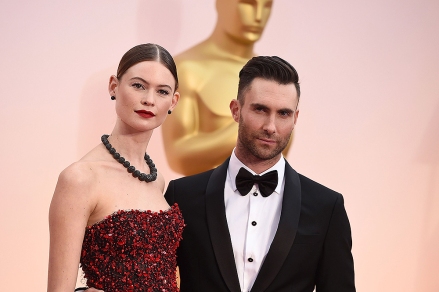 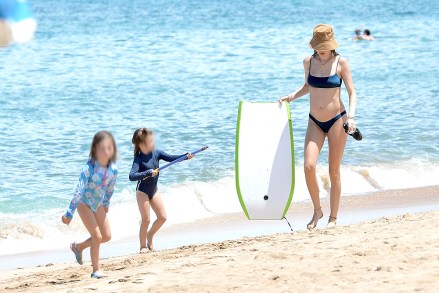 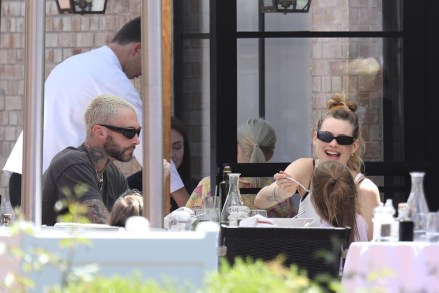 Adam Levine and his pregnant wife Behati Prinsloo were spotted smiling together in Los Angeles on Sept. 20, one day after news of the Maroon Five frontman’s alleged “affair” was revealed on TikTok. In photos seen here, the couple seemed to be in high spirits as they picked up their two children, Dusty Rose Levine, 5, and Gio Grace Levine, 4, from school near their home in Montecito. Adam, 43, was photographed smiling in a red t-shirt and black athletic shorts, while Behati, 34, had a pregnancy glow about her in a white t-shirt. Her baby bump was not captured by photographers.

The photos were captured shortly after Adam took to his Instagram Story to push back against allegations by OnlyFans model  Sumner Stroh that the pair had an “affair” and that Adam “manipulated” her into thinking his marriage was over. “A lot is being said about me right now and I want to clear the air, ” he began on his Instagram Story earlier in the day on Sept. 20. “I used poor judgment in speaking with anyone other than my wife in ANY kind of flirtatious manner. I did not have an affair, nevertheless, I crossed the line during a regrettable period of my life.” 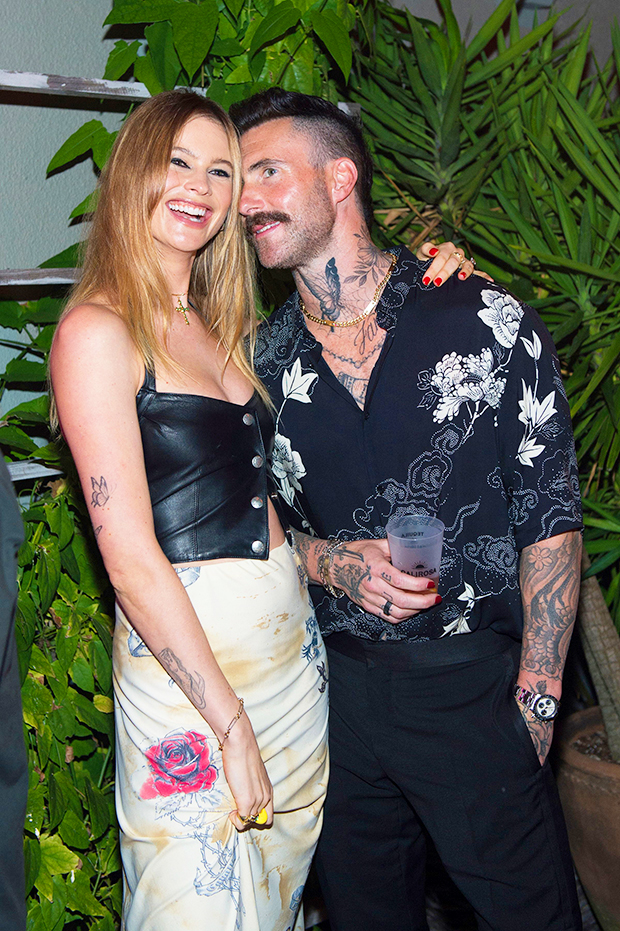 Adam Levine and Behati Prinsloo were spotted together picking up their kids from school shortly after Adam responded to cheating allegations against him (Photo: Scott Roth/Invision/AP/Shutterstock)

He continued, “In certain instances it became inappropriate. I have addressed that and taken proactive steps to remedy this with my family.

Vicky White: 5 Things To Know About Ex-Jail Boss Dead After Escaping With Inmate

‘The Bachelorette’: Rachel & Tino Split After He Cheats On Her Following Proposal

Adam Levine and Behati Prinsloo Step Out Together Amid Cheating Allegations