Known for its vivid colors, bold lines, and contentious imagery of juking silhouettes, howling dogs, and glowing babies, Keith Haring’s artwork is as relevant today as when created in the 80’s.  Starting with chalk sketches on black boards, his messages were simple enough for viewing from a passing subway train. People would gather and watch him draw effortlessly, seemingly with no plan, just spontaneous inspiration. As Haring said in 1984, “Art lives through the imaginations of the people who are seeing it. Without that contact, there is no art. I have made myself a role as an image-maker of the twentieth century and I daily try to understand the responsibilities and implications of that position. It has become increasingly clear to me that art is not an elitist activity reserved for the appreciation of a few, but for everyone, and that is the end toward which I will continue to work.”
When he was not writing graffiti or being arrested for vandalism, Haring painted with common materials like house paint on vinyl tarpaulins, instead of artist paint on canvas, separating his work from art galleries.  The artwork mirrors his life’s experiences reflecting what is screwed up about society: the individual against the state, religion, capitalism, mass media, racism, and his last works: sex, AIDS, and death.
Like many of us in our teens, he revolted against society, distanced his parents, experimented with drugs, and slept with women and men along his journey for individual freedom.  Haring’s early works depict the individual against the state stereotyping and profiling select social groups. Does this sound familiar today? He also chastised those who forgot their own individuality and followed the crowd in lockstep.
Looking at Haring’s work, he despises the church’s doctrines, its insatiable greed, and the dogmatic principles harming the very people it professes to help. Yet, one also sees deeply rooted spirituality in his work in conflict with un-Christian behavior of established Christian institutions. Does this sound familiar today?
Created for the “Free South Africa” 1985 demonstration on Central Park in New York City, Haring printed 20,000 posters for people coming together against apartheid, expressing equality for all and the freedom of black people controlled by white interests in South Africa. The racism theme prevailed often in his work depicting whites abusing blacks with the masses closing their eyes. Does this sound familiar today?
The evolution of computers and the Internet in the 80’s impacted everyone beyond measure.  With the curiosity of a school boy, he questioned the good and the evil of such technology and mass media. Will computers become a threat to creativity and individually? Will the mass media control social consciousness and public opinion? “Eventually the only worth of man will be to service and serve the computer,” Haring wrote in his journal. With the development of artificial intelligence and wearable computers, does this sound familiar?

Haring believed that capitalism creates a consumer society diminishing individuality. His artwork depicts an ugly pig vomiting a green stream of computers, appliances, and TV sets. People are drowning in this stuff and, emerging from the green slime, the survivors are sucking the pig’s nipples, a graphic portrayal of capitalism. Are we today too consumed by consumerism… does this sound familiar?
Haring loved a good party, and in the 80’s, no place was better that New York City. Frequenting the backrooms and bars of the gay community and loving multiple sex partners, he was always looking for the next orgasm.  Sex was his life bringing harmony, reconciliation, and union to human relationships, wildly depicted in his work as explicit homo-erotic acts. He was one of the first artists to come out of the closet, opening the doors forever.
As the AIDS epidemic ensued in the gay community and many of his friends were lost, Haring’s mission was to increase public awareness of the AIDS virus during a time when fear and shame were tied to the topic. “Silence = Death” was his moniker.
Maybe he knew before the diagnosis, but Haring contracted the AIDS virus and became kindly aware of the time and work that remained sharing his vision of the value and richness of life, love, and sex. Haring once wrote, “Generations of kids growing up now have the advantage of knowing that it [AIDS] is out there. Before it existed, it is something you never would have thought about, that you could associate love or blood, or sperm, with the carriers of death. […] The only good thing to come out [of this] is that it has put this real intensity to the time, that forces people to really rethink why they’re here and why they’re alive, and to appreciate every second.”
Shortly before his death in 1990, Haring finished his last work, titled, “Unfinished.” But while his life and career were short, Keith Haring lived life as brightly as his artwork with passion, love and honesty. Whenever you see those child-like figures on a billboard or T-shirt, they’re more than just cool, they’re saying something. 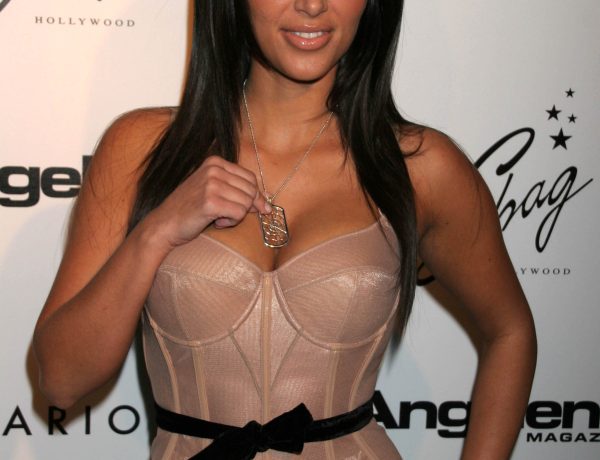 How to Pick the Best Shapewear for Your Body Type

Fire on the Scene: An Interview with Stephanie Leigh Schlund