Zac Brown has a bright future! The country star, 44, is engaged to model and actress Kelly Yazdi, 31, and has been earlier this year, PEOPLE confirmed on Thursday, December 8. According to the outlet, it was a romantic moment, carried out in the tropical locale of Hawaii. “He proposed in Hawaii a while ago,” an insider told the publication. “It was very intimate and the couple has kept it very private.”

It doesn’t come as a complete shock to certain eagle-eyed fans, however. In a July 31 Instagram video posted to the Zac Brown Band’s account, Kelly could be seen adding her left hand — with a diamond engagement ring — to a group huddle as they sang “Happy Birthday” to the beaming musician before a show.

The Ride Wild founder is a self-described “born adventurer, events producer, SAG-AFTRA actress, stuntwoman, and professional model,” per her personal website. As an actress, she’s been seen in the documentary Herb Ritts: L.A. Style and series including Hawaii Five-O.

The beloved country icon’s engagement comes four years after he split from ex-wife Shelly, 38, with whom he shares five children — a son, Alexander, 8, and daughters Joni, 11, Georgia, 12, Lucy, 14, and Justice, 15. The Zac Brown Band front man and Shelly were married for twelve years, with the union ending in 2018. 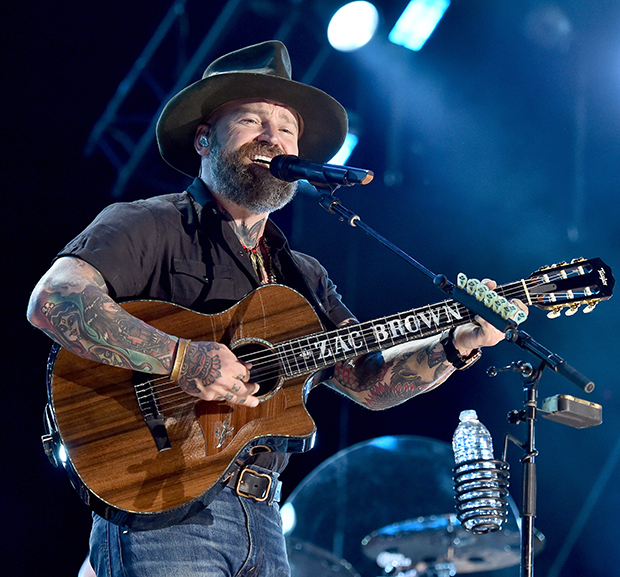 “We feel blessed to be on such an incredible journey in life and sometimes the journey begins to lead in different directions,” the former longtime couple said in a joint statement to People in October of 2018.

If you Want to Start a New Christmas Tradition, go for Matching Family Pajamas