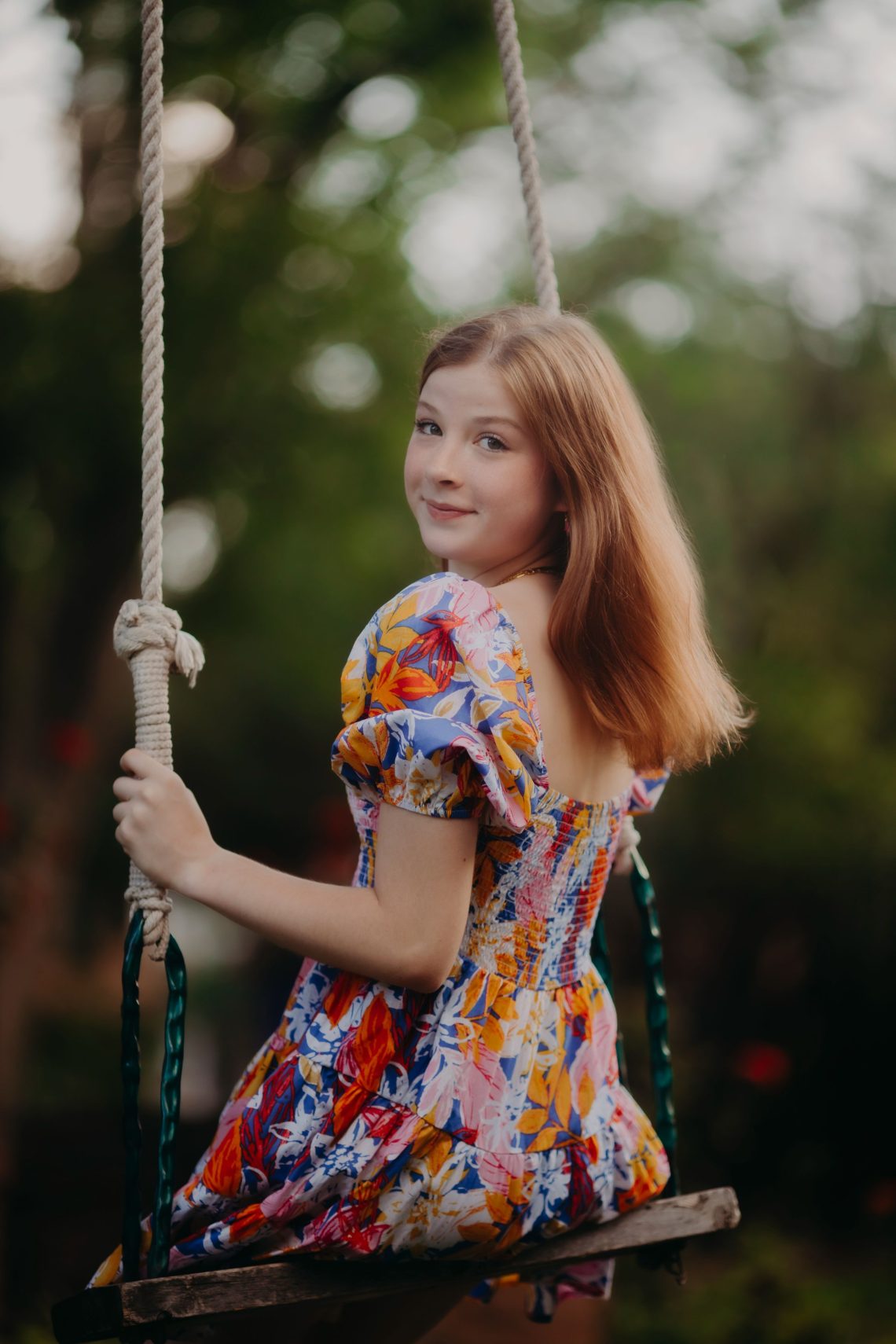 Acting can be a tough career, but Taylor Paige Henderson wouldn’t have it any other way. “I fell in love with acting because I love storytelling. Being able to share that story with an audience who can appreciate it and get lost in it was so cool to me. I realized it was a way for me to express myself,” she explains. “To me, acting means bringing joy to people through what I create and the story I tell. Being an actor is hard work and means I make a lot of sacrifices at times. I miss out on things with friends because I’m away at a shoot or I have an audition deadline I have to meet. Plus, it’s sometimes hard for my peers to fully understand exactly what my ‘job’ is. But I do it because I love it. Even with all the ups and downs of this industry, I can’t imagine doing anything else. I actually really enjoy the ‘non-glamorous’ parts of being an actor such as training, memorizing scripts for auditions, and character work. I think it’s a really important part of being an actor. Most people don’t realize that it’s not all red carpets and movie sets all the time – studying, reading and working hard to get better are a big part of the job! Oh, acting also means having a thick skin! Hearing ‘no’ way more than you hear ‘yes’ can be hard so having thick skin is absolutely necessary.”

Her efforts paid off, as she stars in Disney+’s #1 film to date, Hocus Pocus 2 as the younger Winifred. “Hocus Pocus 2 is a really fun Halloween movie that will make you laugh, with just the right mix of mischief of the Sanderson Sisters. It has something that all ages will love and appreciate for sure – a great family movie! Hocus Pocus 2 does a good job of combining the nostalgia of the first movie while introducing a new generation to Hocus Pocus greatness! I think people will really like seeing some of the Sanderson Sisters’ backstory and history in the sequel. I am just really honored to be a part of this franchise. Young Winifred is a 16-year-old girl who is just trying to look out for her sisters and avoid being forced into a life she doesn’t want. She is bold, feisty and really stands her ground. I love that about her so much. She isn’t afraid to tell it like it is and speak her mind. I also love that she is very protective of her younger sisters and that it really drives all of her actions.” Appropriately for the role, Taylor adores fall. “Halloween is such a fun holiday! I love dressing up and hanging out with my friends. I don’t normally do scary costumes, but last year I dressed up as a bloody clown and it was actually a lot of fun! Fall has to be my favorite season of all. This time last year I was in Rhode Island filming Hocus Pocus 2 and the leaves and trees were so gorgeous in New England! I really could get used to that because it was so beautiful. I love the vibe of the season – it has always been my favorite. I am a big fan of all things pumpkin flavored so that is a plus of the season too!”

When given the chance to audition for the sequel to such a cherished film, Taylor took the opportunity very seriously. “Hocus Pocus is my all time favorite Halloween movie, so when I received the audition I was so excited! I did go back and watch the original movie several times during my audition and callback process because I wanted to make sure I studied how Winifred moves, her mannerisms, how she reacts, what she was like with her sisters, and all the hilarious little things that Bette does to make Winifred come to life. Even after I booked the role and was on set, I would watch certain parts of the movie every night before going to set the next day just to make sure I had all the ‘Winnie-isms’ down. Winifred Sanderson is such an iconic character that I wanted to make sure I gave Young Winifred the attention she deserved. Not in a way that mimicked Bette, but hopefully in a way that paid respect to her brilliant work.” Teen Winifred, like the adult version, is motivated by love of family and has a mind of her own. “Jen D’Angelo, who wrote Hocus Pocus 2, did such a great job of writing Young Winifred in a way that really showed her compassionate side while keeping her the menacing, fierce character that she is. Winifred is true to herself and to her sisters and that doesn’t change about her. So much of what drives Young Winnie and adult Winifred is her love for her sisters and Jen did a beautiful job of writing those scenes in a way that portrays that. Plus, Winifred does not like to be told what to do and wants to be the one in charge – I couldn’t love that about her more if I tried. I really kept all of that in mind while in character to be sure that who Young Winnie was stayed true to who adult Winifred was.”

Her encounters with Bette Midler possessed a fitting sort of magic. “I had the privilege of meeting Bette on set. We were both in costume when we met for the first time, which was so surreal. That memory will stay with me forever. She was so kind to give me some great advice about the character, sharing that Winifred is always moving – her hands, her eyes, her head, her body, etc. She is an active character and that is so true when you watch her. That first week on set, I also got to watch Bette do her camera tests in costume. One of the producers called me over and let me watch her work and it was magical. To be able to watch Bette do her thing and work to get into character is something I went back to over and over again while filming my scenes. It was truly an incredible moment and I kept thinking ‘how is this real life?!’” Taylor is even incorporating the film into her Halloween festivities this year! “I’m going to be a cat. I can’t wait! I’ve been planning it for a while now and I think it’s going to turn out really cute and fun. My inspiration was Cobweb, the black cat from Hocus Pocus 2. I met the actual cat on set last year and I fell in love. I knew then there was probably a cat costume in my future. Last year was an epic Halloween because we were still in New England filming so I got to go to Salem which was wild!” We hope there will be many Hocus Pocus themed Halloweens to come. Don’t forget to follow Taylor on Instagram, TikTok, Twitter, and Facebook. Hocus Pocus 2 is streaming on Disney+. 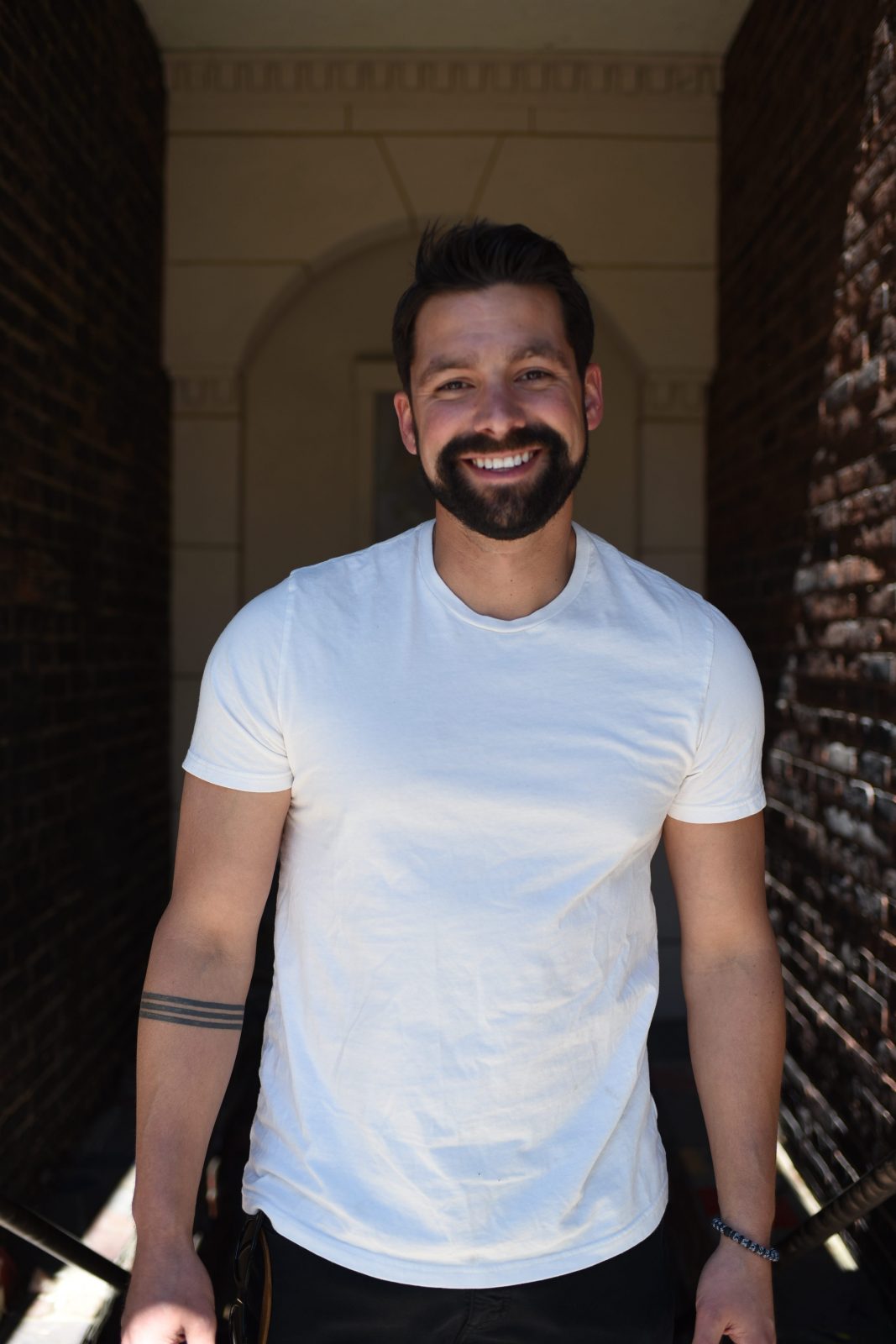 The L4 Project: One Man’s Journey to Honor His Wife Through Uplifting the Cancer Community